Oh hey. Remember me? That girl that used to blog? I think this may be a record for me as far as the amount of time that has elapsed since my last post and this one. In my defense, I knocked out a post two weeks ago in a rare afternoon where I actually had time to think and somehow it got erased.

I was beyond frustrated. It was a good one too. Probably the best post I've ever written. It would have changed the world. For reals.

Tonight, the babe is in bed and the hubs is at a photo shoot which means I have a few precious moments to myself and I'm gonna share them with you, m-kay?

Do you ever have dry spells in your life? I have felt so uninspired lately which also contributes to my lack of blogging. It's probably because I'm just so dang tired.

Wanna take a guess why I'm so tired? Anyone? Oh yeah, it's cause my sweet baby boy loves to eat--every two to three hours. Not every night, (thank God!) but definitely more than once a week.

Yep, he's the sleep thief, a really cute sleep thief, robbing precious minutes from his worn out Mama. Poor kid has had so much change in his short 3 plus months of life though that I can't really blame him for having a hard time finding his routine.
Since we left Jersey in December we have taken two plane rides and two 8+ hour road trips to 4 different states. Every time he wakes up he's somewhere new.

Although, he really shouldn't be complaining because he wakes up in some pretty amazing places. I mean, really, who wouldn't want to wake up to this? 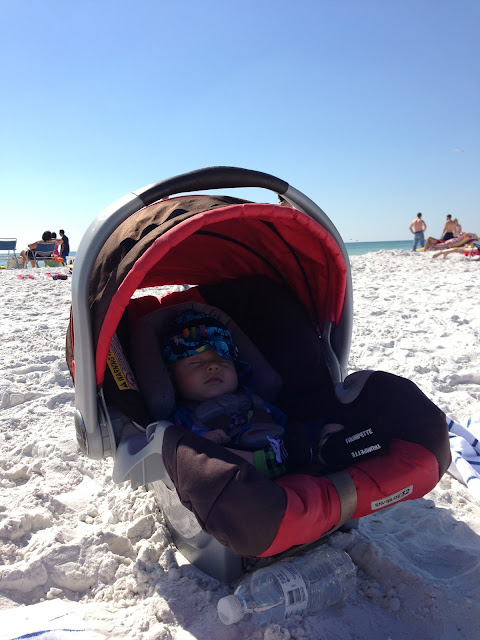 Currently we are suffering in the warmth and sunshine of Florida.

Luis has pre-season here in Sarasota and amazingly enough the team invited the families along as well. This is almost unheard of in pro soccer, and probably most professional sports.

I always used to complain say that it wasn't so fair that the guys always got to go to all these cool places while the girls got left at home. Well, not this time! We girls got to join the party. 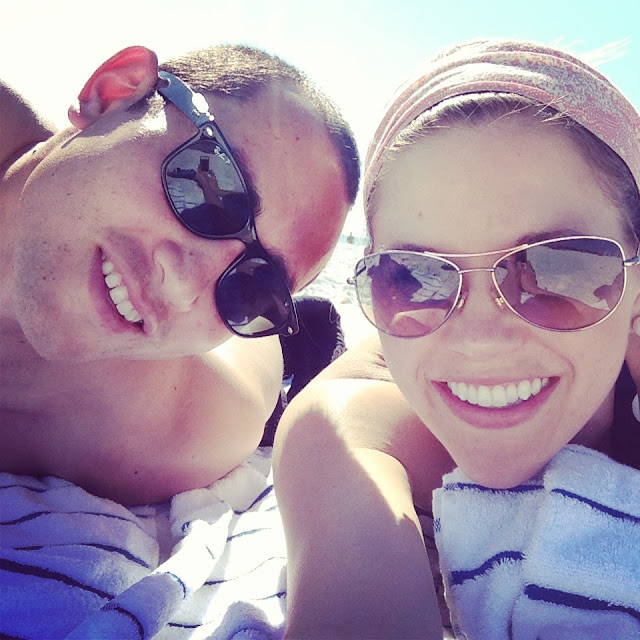 We are loving this 80 degree weather and family days at the beach.

It's been fun introducing Elliot to so many new things like the baby powder soft sand of Siesta Key Beach and cool ocean water. 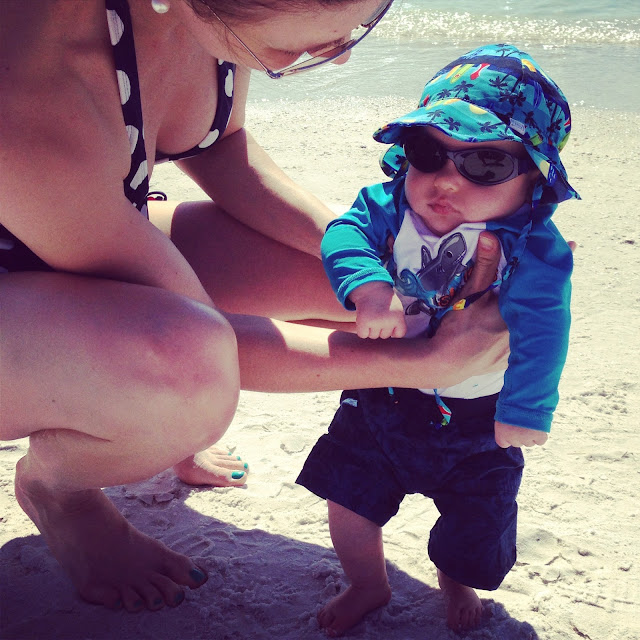 We aren't quite sure if he liked it but at least he didn't seem to hate it. 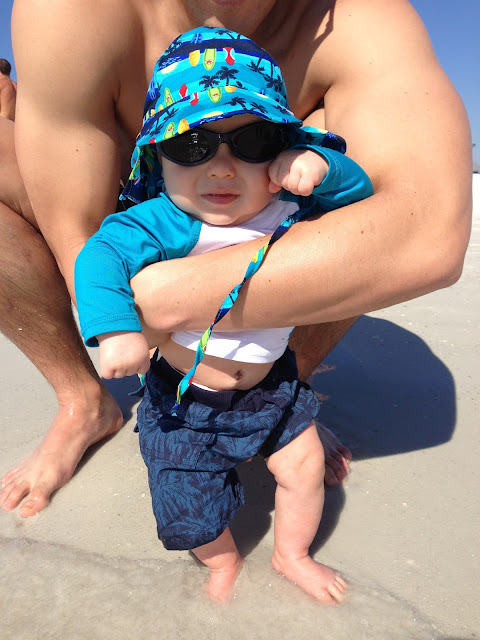 Sarasota has been the perfect escape from the bitter cold of New York. We are becoming quite the snow birds with our travels to Arizona for Christmas and now Florida in January. 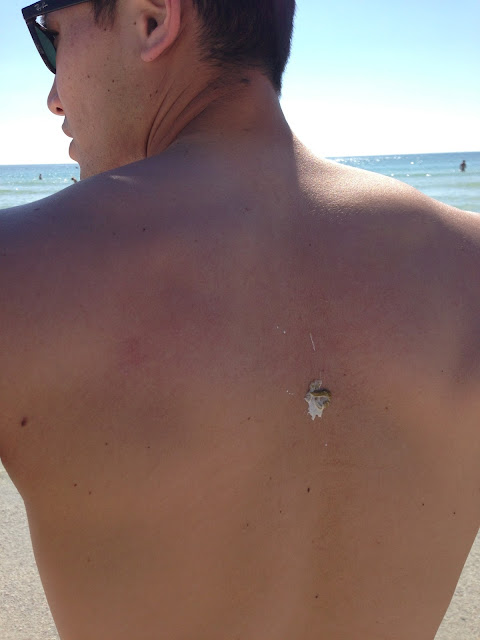 Luis and I both got bird bombed yesterday! Apparently, getting pooped on by a bird is a lucky thing though and we will come into a lot of money in our future.

This is the second time in my life that I have been pooped on by a bird and I'm still waiting for that money. Just sayin'...

While I may not see money coming our way, I do see 3 more days of sunshine, shorts and sandles, fresh fish and naptime cuddles in our future.

Ain't no amount of money in the world that could beat that.

As much as I would love to write more, I am struggling to stay awake so this will have to do. More than once my eyes have closed making it rather difficult to type. I made it to 11 pm though, which is pretty late for me these days considering my limited sleep.

More Florida fun to come in the next week or so. Or whenever I find another peaceful moment like tonight. :)
Posted by Cara at 4:55 AM