The Aftermath of Sandy

Last Saturday was my parents' last night here with us and we headed into the city to give them one last New York experience before their next visit. Traffic was crazy even at 11:00 pm and we were discussing whether or not the craziness of the city ever dies down,

We compared it to our sleepy little desert town where the roads are practically empty after 9:00 and wondered if New York ever had this moment, and if so, what time does it occur. Midnight? 2:00 a.m.?

I don't know if the city ever experiences a moment of calm, after all, it isn't called "the city that never sleeps" for nothing, but I do know that on Monday and Tuesday, the city came to a halt as Hurricane Sandy blew in with her 90 mile an hour winds, carrying the Atlantic waters into the streets of lower Manhattan. 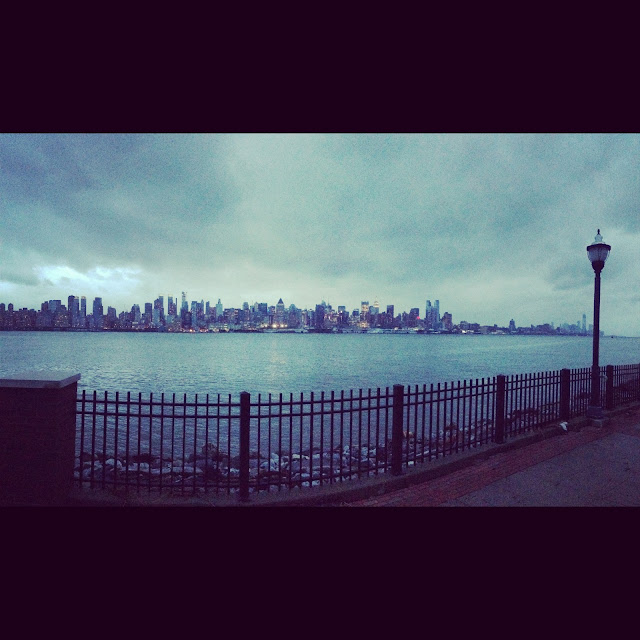 The Hudson crept its way up onto the shore near us leaving behind a mess of debris and destruction. 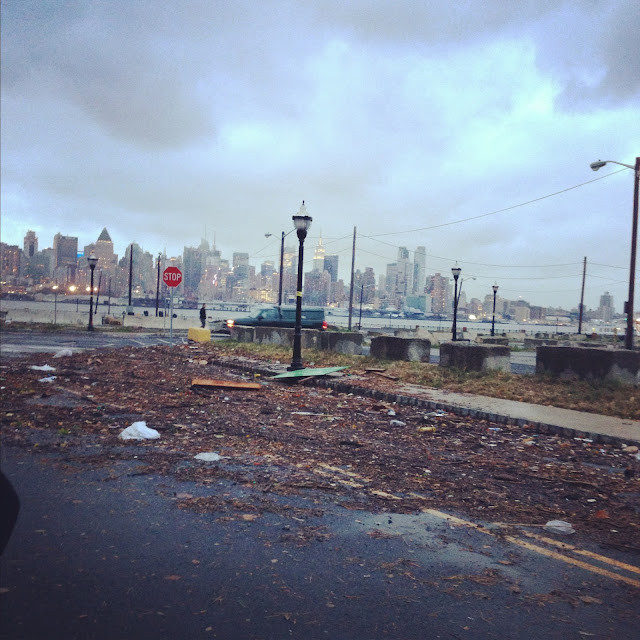 Contents of the river were washed ashore and laid to rest alongside knocked down stop signs. 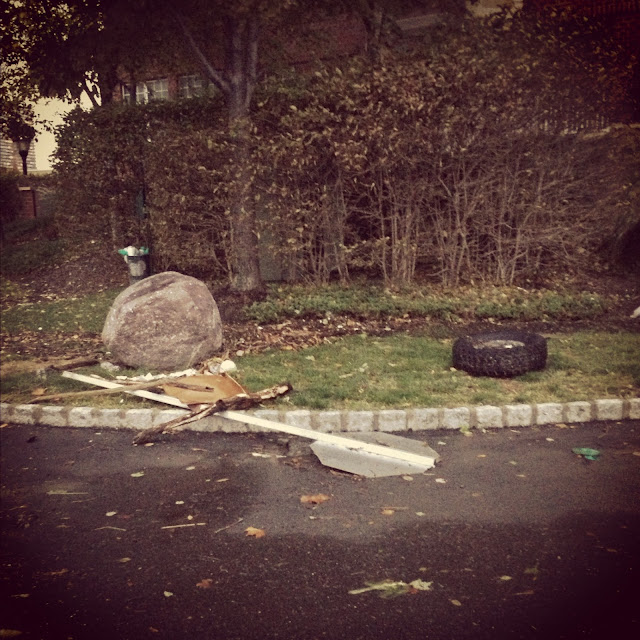 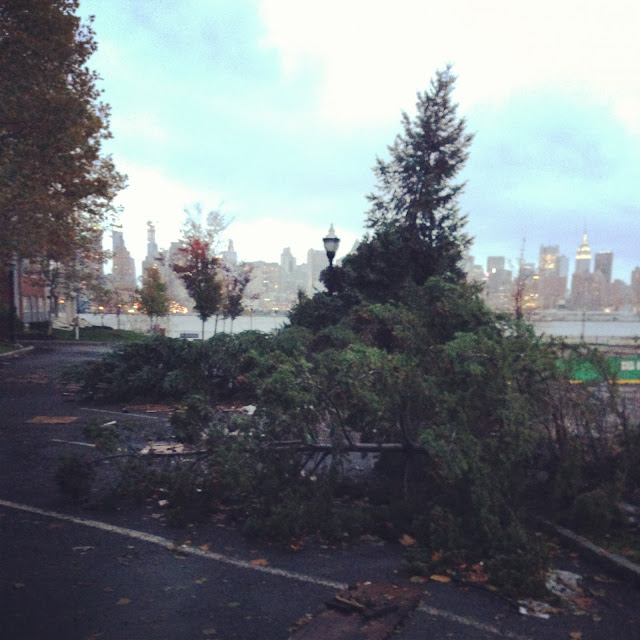 One in Connecticut revealed a skeleton from Colonial Times. 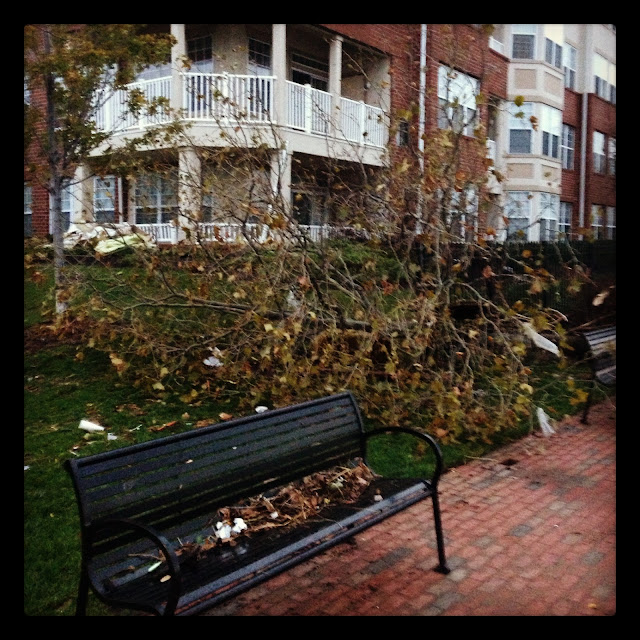 The trees in our area were still pretty wimpy so it's not a huge surprise that they were uprooted, but check out this video for a crazy massive tree that the storm dug up. 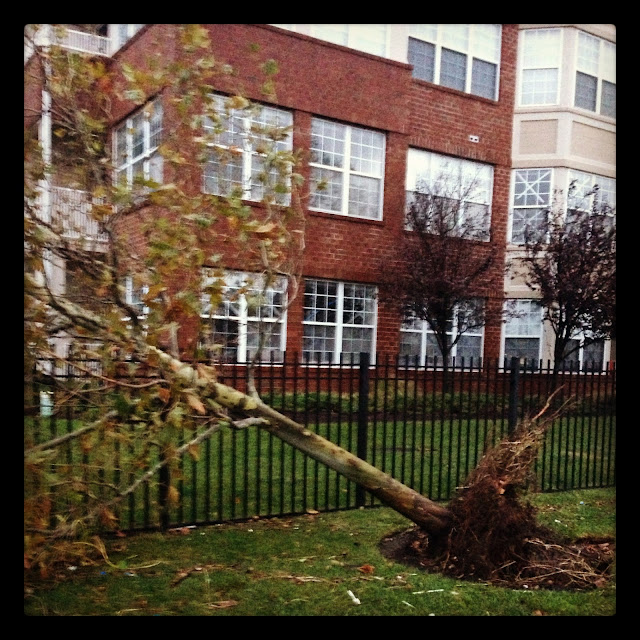 We were very fortunate to have only experienced mild effects from the storm. 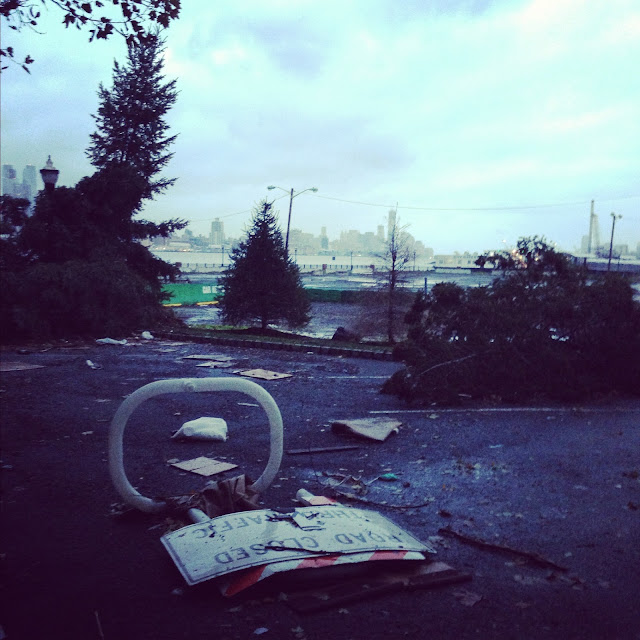 We did lose power, around 9:00 Monday night.


This means we also lost hot water, which I unfortunately learned the hard way when I hopped in the shower Tuesday morning. 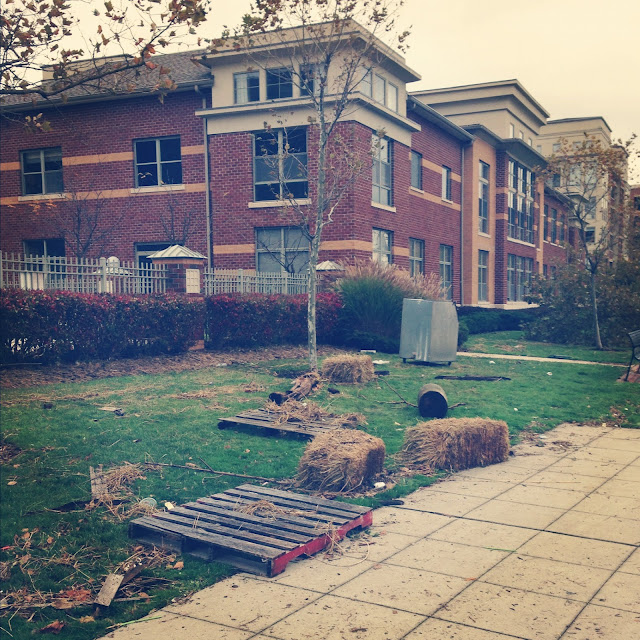 Yes, I realize I should have known that loss of power means loss of heat means loss of hot water, but I've never been in this kind of situation before people. I have been handicapped in the lessons of weather due to my southern Arizona upbringing.

But I sure am learning really fast in the short 3 and half years that we have been married. 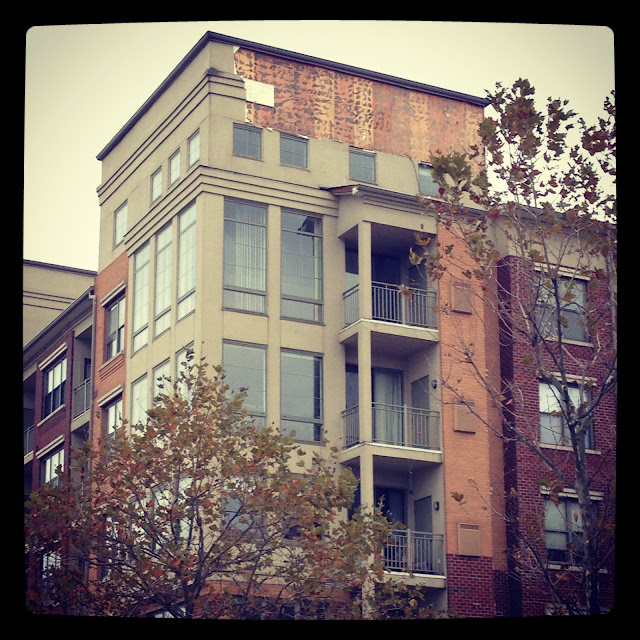 Between the cold and snow of Germany and now the hurricane of New Jersey, I am making up for lost time and gaining quite an array of weather experiences.


As a result of the storm, I am now a diaper changing pro. Changing diapers in the dark will make anyone an expert in this field. 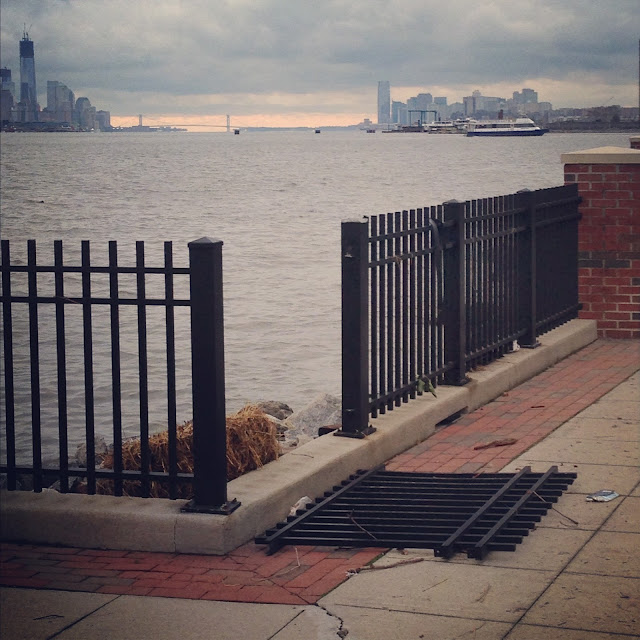 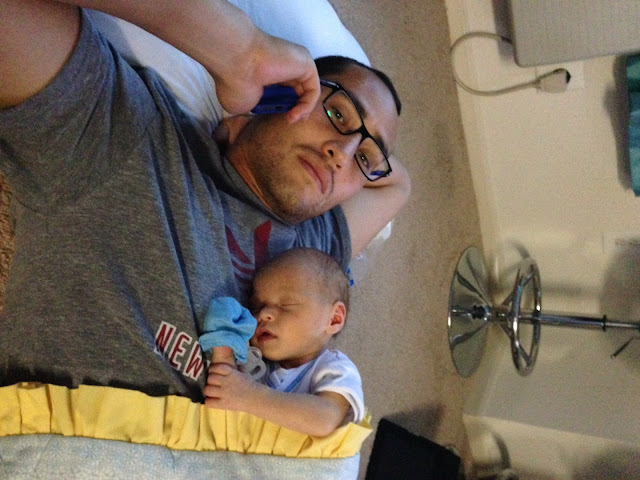 making me wish we had more "unplugged" days in our home. 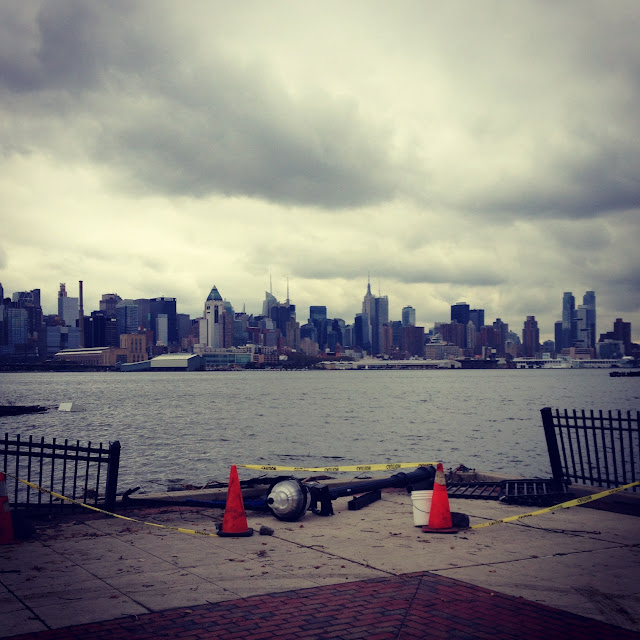 As devastating as the storm was to so many people in this state, the opportunity it brought for families to turn off the tv, shut down the computer, unplug their phones and enjoy time together, playing games, talking, was a really positive outcome. 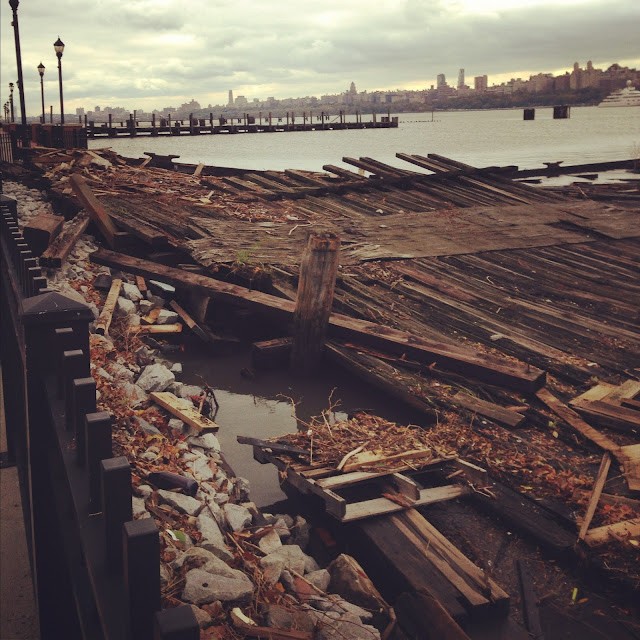 We talked to a couple with teenage boys who loved having their undivided attention for a day, free from the distractions of Facebook and text messaging.


Our power was returned to us Wednesday morning, which we are so grateful for. So many people, just miles from us in Hoboken, Jersey City, across the river in Manhattan, are still without electricity and clean water.

The subways are flooded. Tunnels under the river connecting New Jersey drivers to the city are flooded. Trains are inoperable due to damage to the tracks.

Some gas stations ran out of gas and suppliers can't get to them. 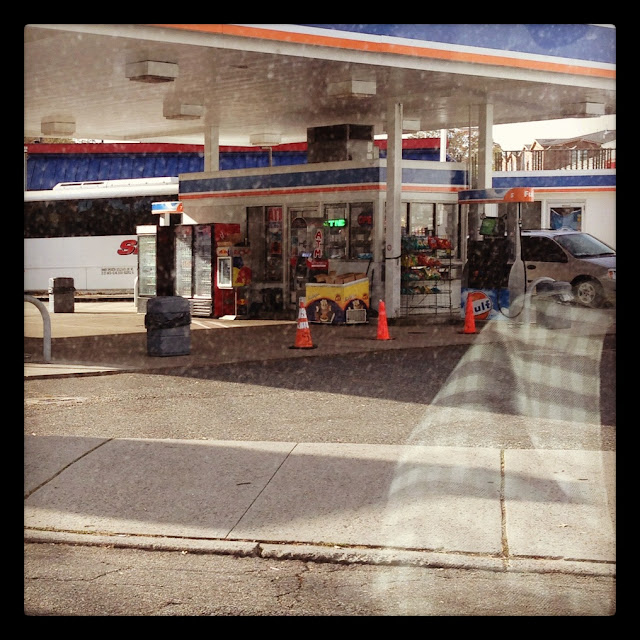 The stations with gas have lines backed up for miles. 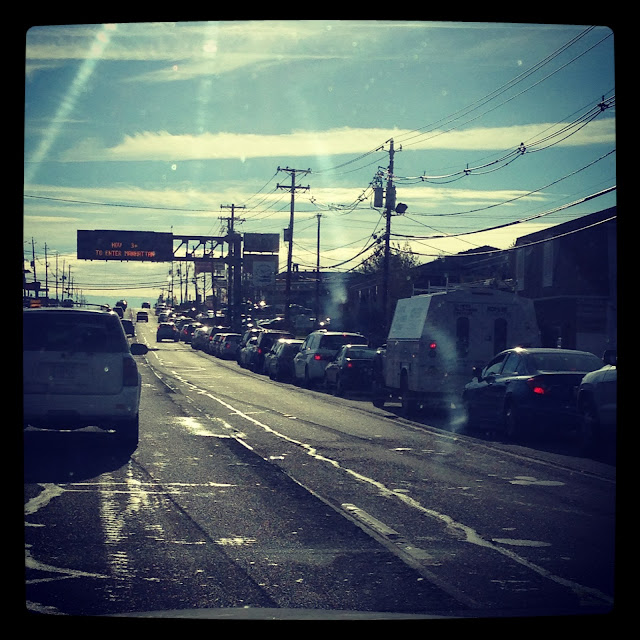 People wait hours just to fill up their tank. 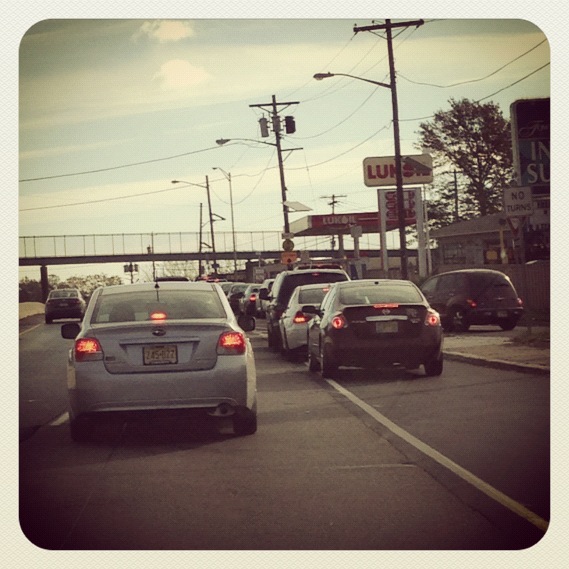 Traffic is horrendous. Grocery stores are throwing away thousands of dollars in food. 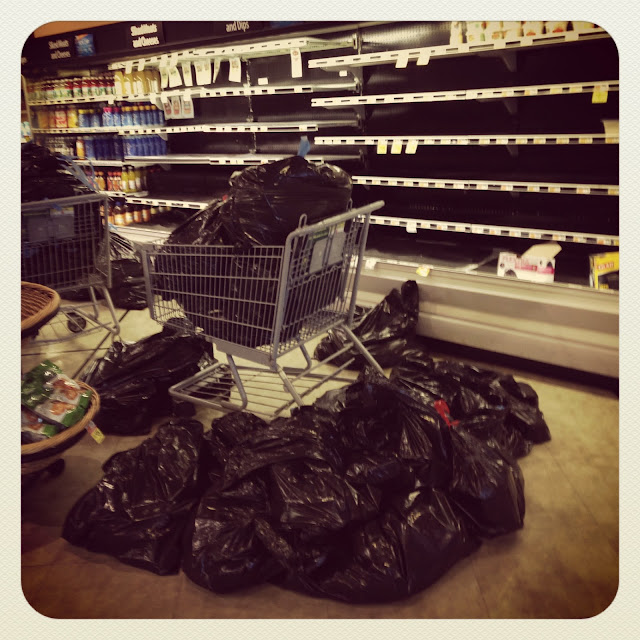 Produce is wiped out minus apples and oranges and a few other things that survived the lack of refrigeration. 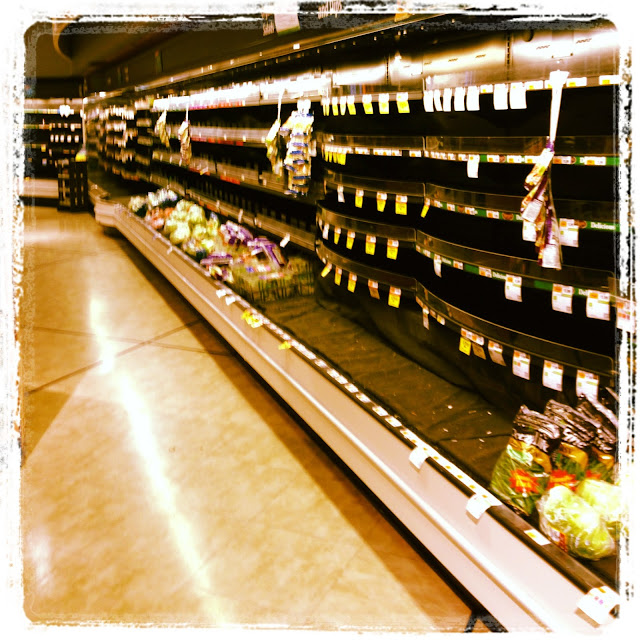 The cheese counter is completely bare. 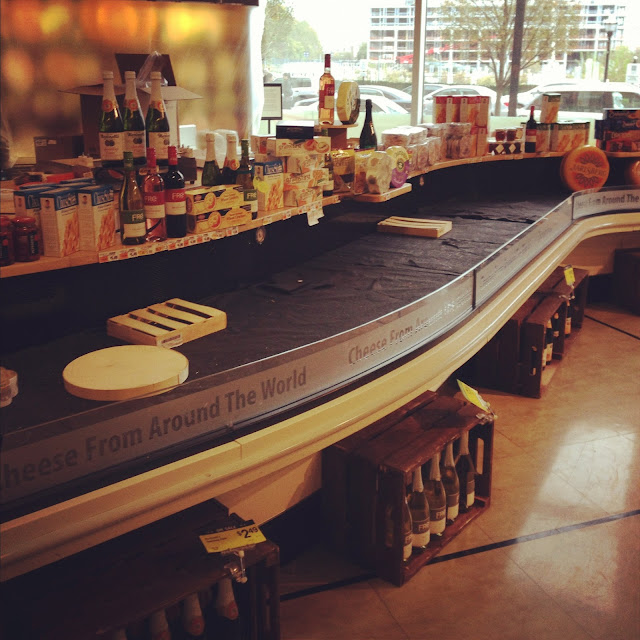 They won't even let you go in the dairy, freezer and meat sections. 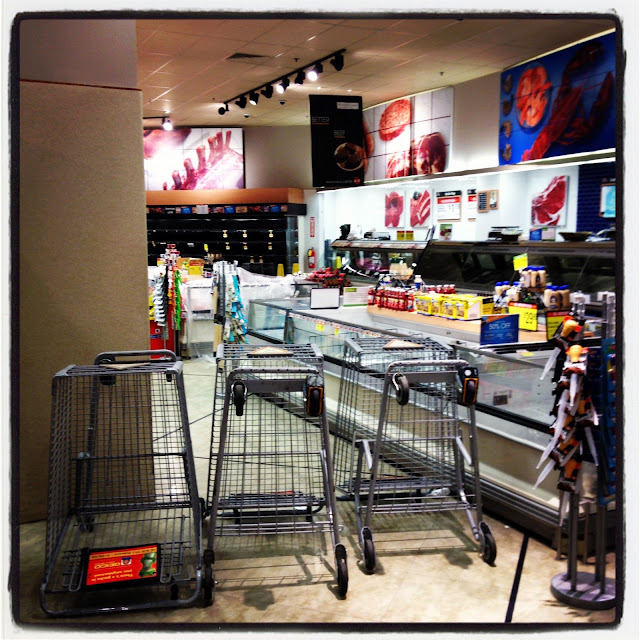 Interestingly enough, Starbucks managed to either protect their dairy supply or get stocked up to be up and running on Wednesday. Hurricane? Psh, ain't nuttin' gonna stop Starbucks from gettin' an overpriced cup of coffee in people's hands!

They're just doing their part: keeping morale up in times of crisis.

I was a good girl and only ordered a grande...milk. 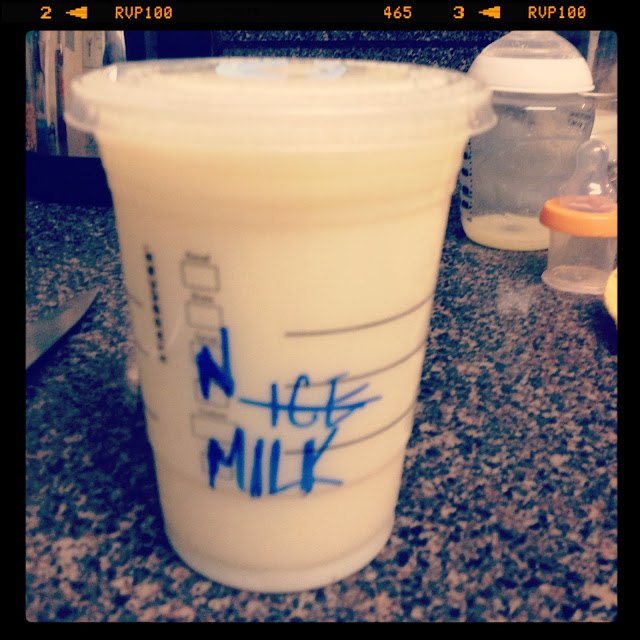 What can I say, I needed my milk with my breakfast and the grocery had let me down two days in a row.

All joking aside, there are still so many in the states of NJ and NY who are without power, water, home, and sadly enough, loved ones as Sandy claimed the lives of more than 100 people.

Pray for those on the coast who will be returning to what little remains of their home. Pray for the people in Hoboken, Jersey City and downtown NY who are having to relocate as they await power and water to be restored to their buildings. Pray for extra patience and grace as people find alternative ways to get to work until public transportation is up and running.

If you would like to help, scroll down to the bottom of this page for ways you can be a part of the relief response.
Posted by Cara at 11:54 PM