On one of our first nights in the Big Apple, some friends of ours welcomed us to the city with our first official, true, authentic slice of New York pizza at Lombardi's.

After dinner, we headed across the street to this lesser known, but totally cool joint for dessert. 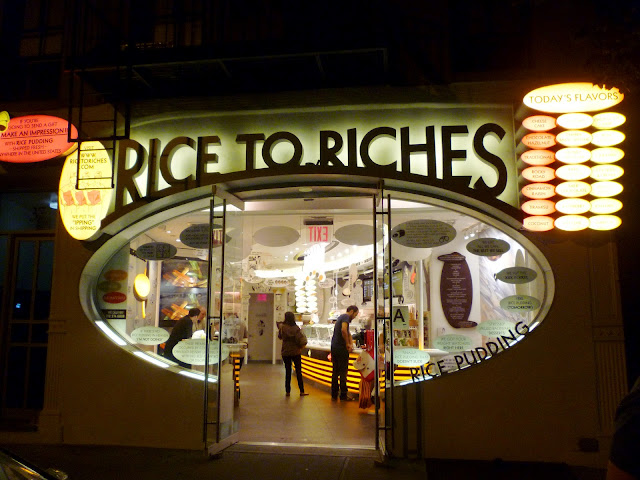 Rice to Riches is a rice pudding shop in Nolita, which we learned means "North of Little Italy". 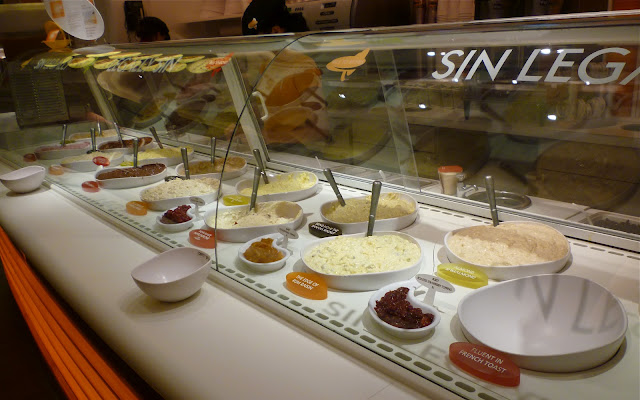 Rice pudding is something we were introduced to in Germany. They call it Milchreis, which literally means "milk rice."

It's a humble dessert. Certainly isn't much to look at. But it's creamy and sweet and comforting and oh so delicious. It's also super easy, and cheap, to make at home and is amazing warm, straight out of the pot.

Rice to Riches takes rice pudding to a whole new dimension. And that is exactly what I love, and missed the most when we were overseas, about America! We know how to take simple concepts and make them awesome. And also overpriced but whatev.

Remember how I said rice pudding is super easy, and cheap, (emphasis on cheap) to make at home? Rice to Riches has capitalized on, well, the freedom of capitalism and supply and demand and has managed to make something super cheap, ridiculously expensive.


But hey, we still bought it so I guess they know what they're doing, jackin' up the prices and all, because they know how to hook suckers like us in with their deliciousness and their promise of free pudding. Tomorrow. 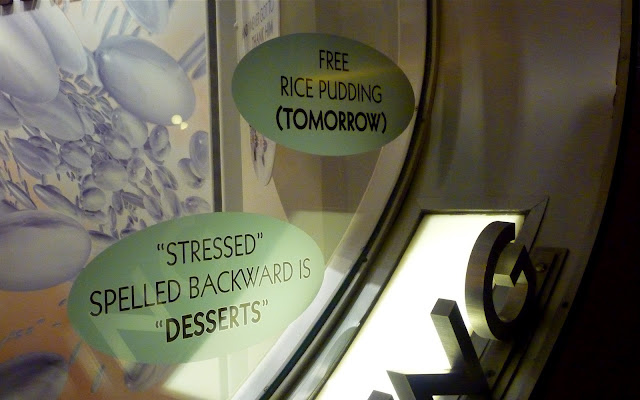 There were so many different flavors to choose from. Everything from the traditional "Understanding Vanilla", which of course, my not so culinary adventurous husband got, 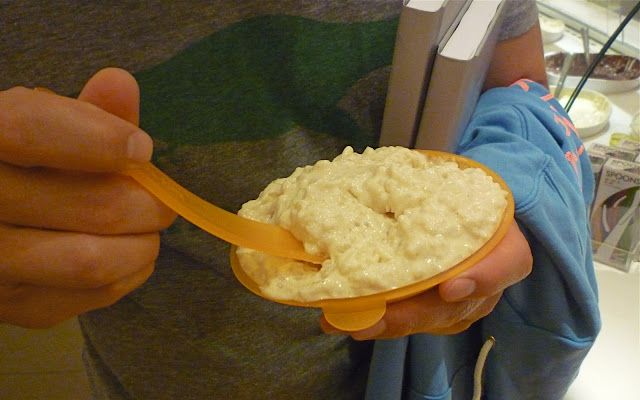 to more creative mixes like "Take me to Tiramisu" and seasonal favorites like "Secret Life of Pumpkin" all available in a variety of sizes served up in really cool plastic dishes and topped off with a topping of choice. 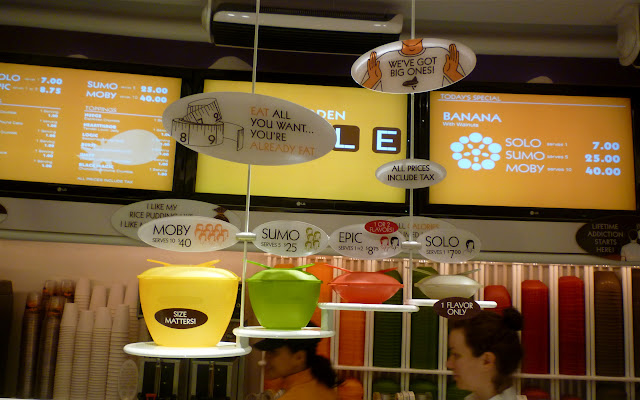 Save the plastic dishes and reuse them at home, where you can make your own, much less expensive rice pudding. Serve it up in your Rice to Riches bowl, and relive the experience all over again at half the cost.

Pardon this next one, but I appreciated their stand against our society's push to be crazy skinny! 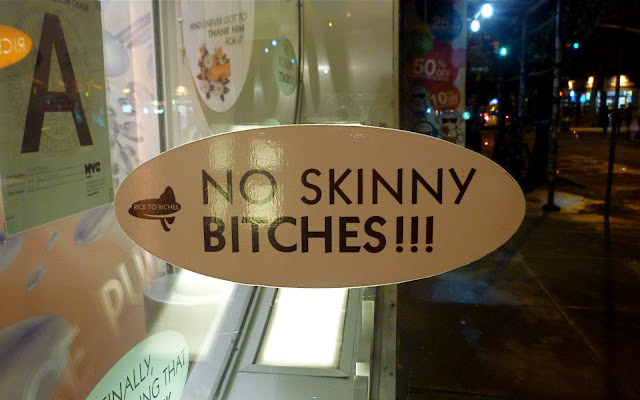 Whoever started this concept certainly has a sense of humor. 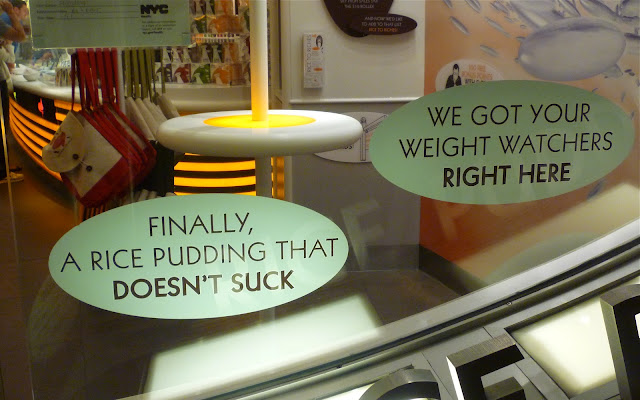 Check it out for yourself: Rice to Riches, located at 37 Spring St, between Mott and Mulberry Street, in NYC.

Another New York Culinary Adventure that did not disappoint. How does this city do it?!?
Posted by Cara at 8:19 PM

To be honest, the window alone would make me go inside! Love the shape!