I am feeling completely refreshed after an amazing week away with my husband where our schedule was dictated by us, and us alone.


My body feels amazing after two days of relaxation, complete with a massage and hours at the spa.


My heart is overwhelmed by the outpour of love and support shown to our family in light of our recent trial.


And I am super energized knowing in less than 24 hours, I will be on a plane back home.


On Monday, Luis and I took off for Austria.


Surrounded by blue skies, sunshine and mostly clear roads, we couldn't have asked for a better drive. 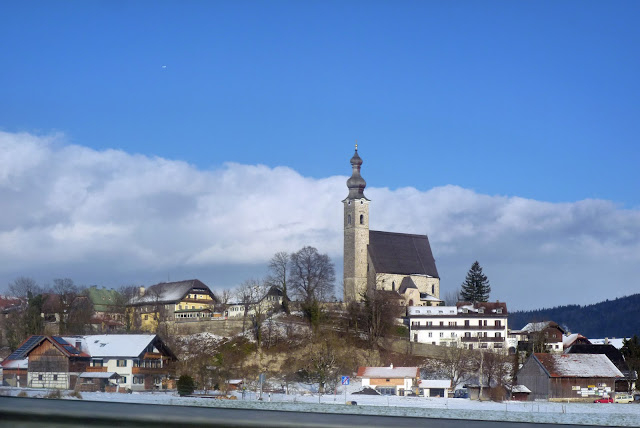 The views along the way were incredible. I was bustin' the camera out every 5 seconds before I had to get some self control so as not to kill the battery before we even arrived at our destination. 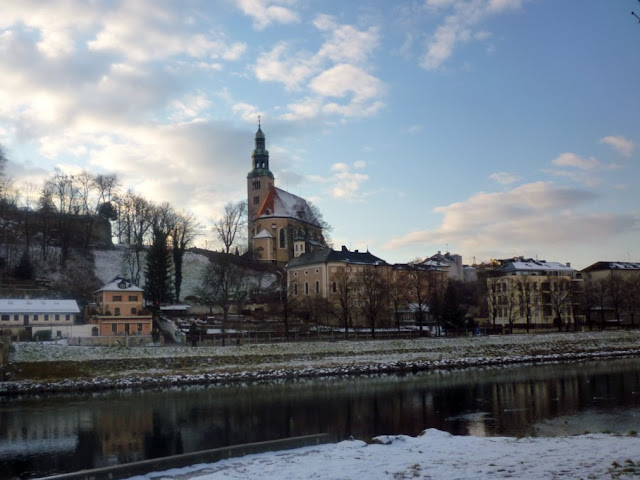 And wow, did we ever need some major battery at our destination. 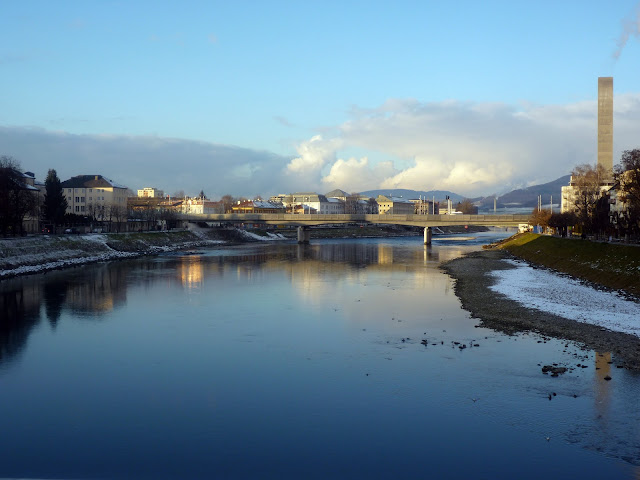 Nestled along the northern boundary of the Alps, Salzburg captures the quintessential idea of romantic European city. 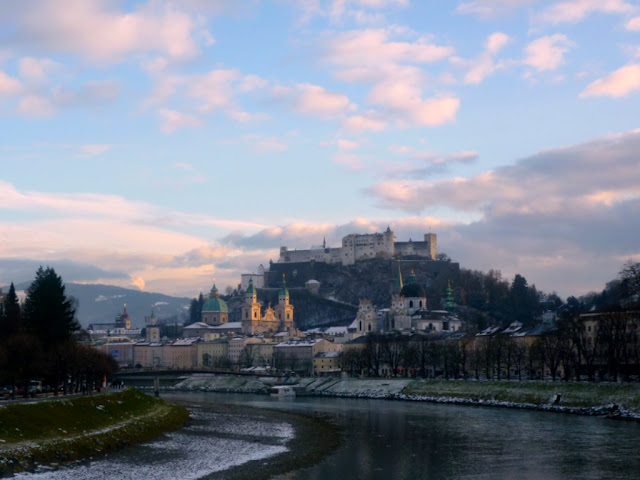 Salzburg boasts one of the best preserved old-towns north of the Alps. 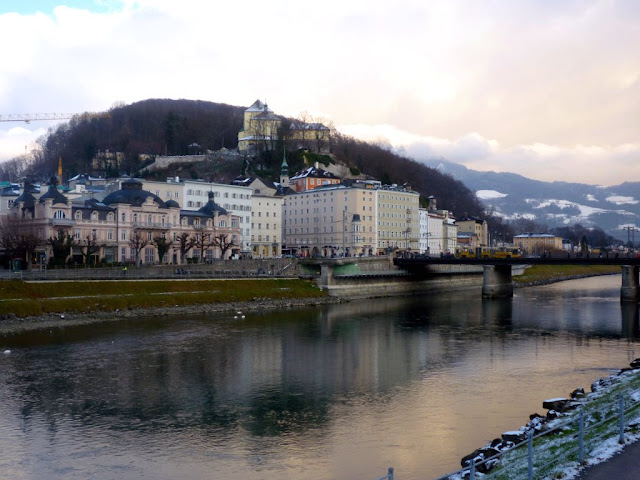 Known for its classical baroque architecture, the city remains one of only a handful of examples of cities of its style. 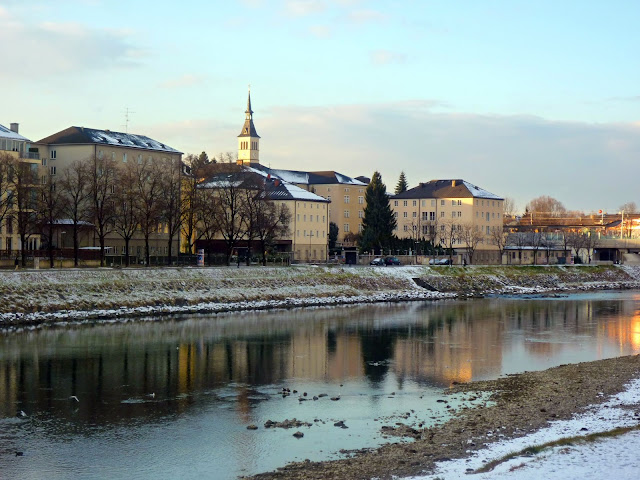 Salzburg, literally translated "Salt Castle" was named for and made wealthy through salt.


The Salzach River got its name from the barges that transported salt, harvested in mines just upstream. Unfortunately, the salt mines are closed during the winter so we didn't get to take the tour. 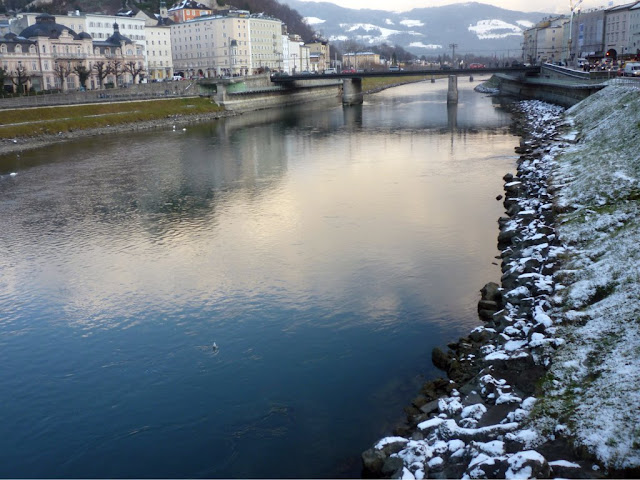 We did, however, take the train up to the castle overlooking the city 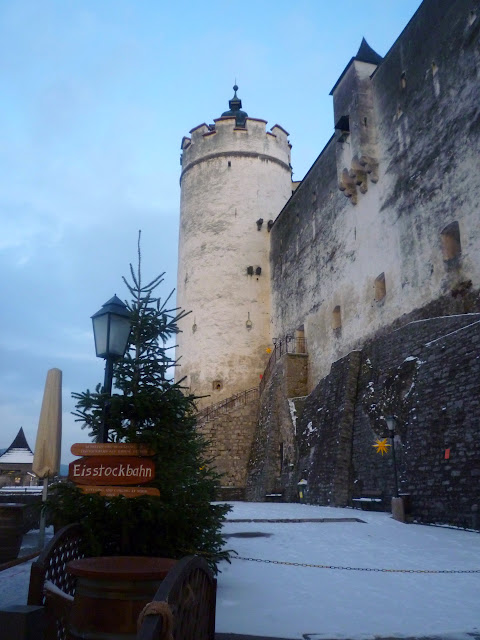 and witnessed some of the most amazing views from nature's artist Himself. 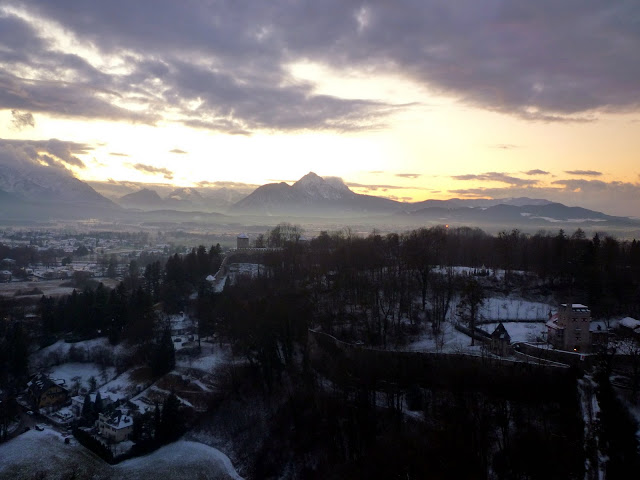 We hit the castle at just the right time, just as the sun was clocking out for the day 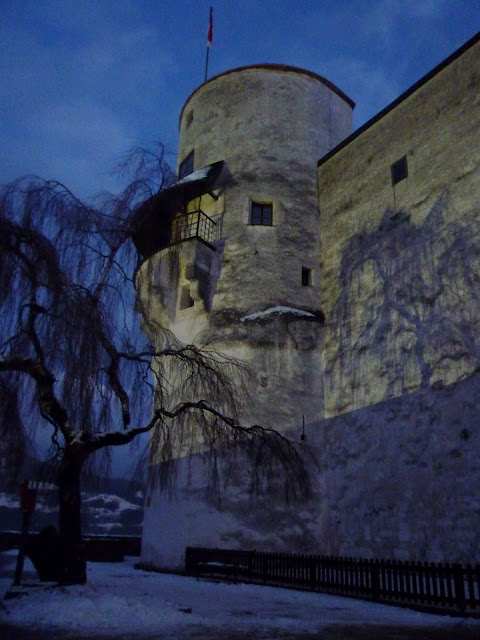 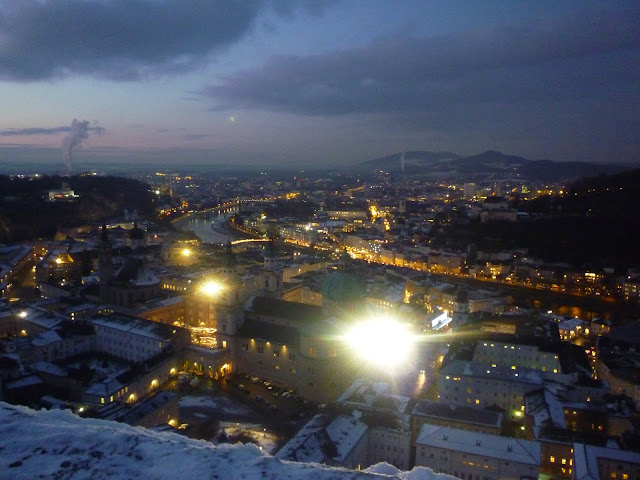 In our short two days there, Salzburg catapulted itself to one of my favorite cities that I have visited, and also earned itself a vote for another visit in the near future...perhaps in the summer when more tours of the surrounding area are available.


More from Salzburg tomorrow as we await our flight home! T minus 16 hours and counting...
Posted by Cara at 7:35 PM

That is a gorgeous view! Happy Holidays!

Beautiful pictures, Cara! Glad you two had a nice time! I hope your trip is wonderful! Praying for you and Luis, your trip, your Dad, and a Merry Christmas!

I am so glad you had such a wonderful time. Thanks for the pictures. Looks like a perfect place for a little R & R! Praying for safe travel home. I love you.