One of the cool things about having a sister who is six and a half years (to the day by the way) younger than me is she helps keep me in the loop on things that I would otherwise have no clue about.

It's happening more and more, which isn't very reassuring cause it just means I'm getting older and older. The most recent "keep Cara cool" lesson was Christmas Adam.

As in, Adam came before Eve and thus Christmas Adam is the day before Christmas Eve.

This Christmas Adam may actually be the longest day in our lifetimes. We have been up since 7:00 German time and still haven't made it home yet thanks to strong headwinds, a delayed flight, a missed connection and an uncompassionate lady at the Philadelphia airport who proceeded to close the door even as Luis sprinted up asking her to hold it while I sped walked 200 meters behind him with 4 bags in tow.

In the meantime, we are enjoying our first comforts of America...stuffed chicken quesadilla, Blue Moon and a very large Diet Coke packed with ice and refillable at no extra cost. 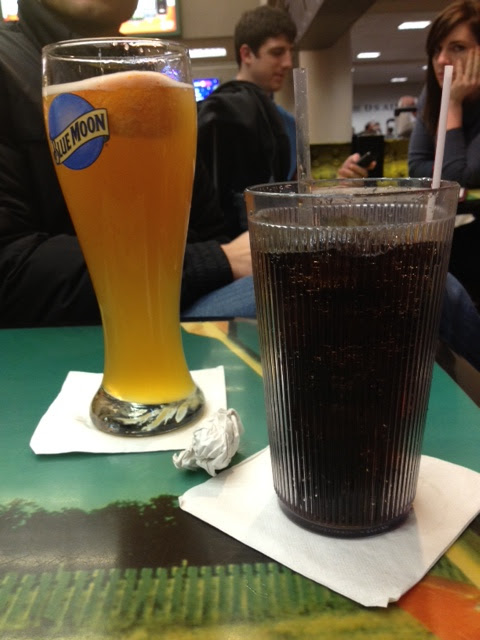 On the flip side, when we got the bill, we were wishing we still had the beer prices of Germany. They have cheap beer, we have cheap sodas...I suppose it all evens out in the end. :)

Merry Christmas Adam! er, oops, I was two minutes too slow (seems to be the theme of the day!) and it is now past midnight so let me change that to Merry Christmas Eve!