So I know this is way, way after the fact, but there are still bits and pieces of Paris that I have been wanting to share with you and just haven't gotten around to doing so. 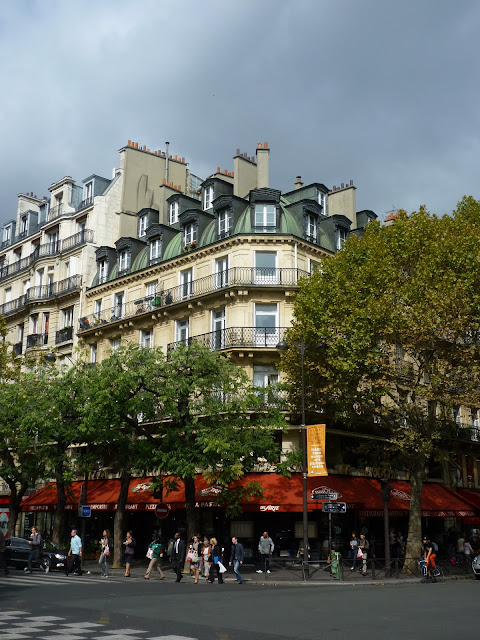 The sort of off the beaten path kind of things you won't find in a travel book or on Trip Advisor.


Some of them, like our hotel (okay, actually that is on Trip Advisor), or the restaurant atop Mont Martre, or the cool wine shop on Rue des Martyrs (or maybe it was Rue du Faubourg Mont Martre...I can't remember exactly, but it's definitely on one of those two streets as you're heading up to Sacre Coeur Basilica) I already shared with you in my first Paris post.


Others of them, aren't necessarily places to visit, they were just things we stumbled upon and liked or were amused by. They have no touristic value what.so.ever. 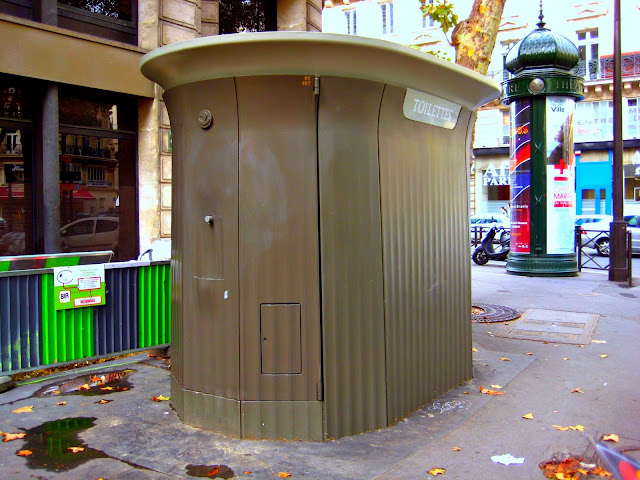 Or the French soldier hanging out by the Sacre Couer. Just carrying his machine gun. No big deal. 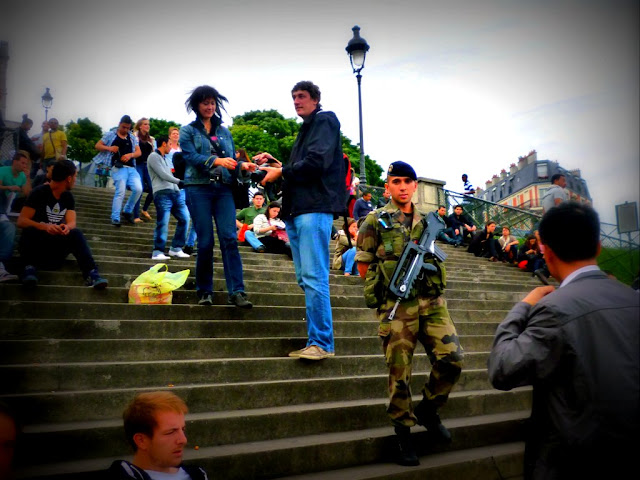 Or this Mexican restaurant. 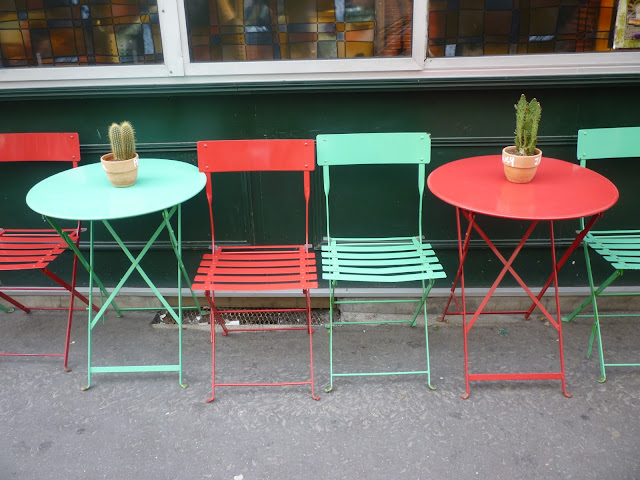 We loved the colors. And the fact that it was something familiar amidst the foreign.

As I mentioned before, Paris is home to so many well known tourist attractions that you need at least two days to take it all in at a comfortable pace, maybe even three. 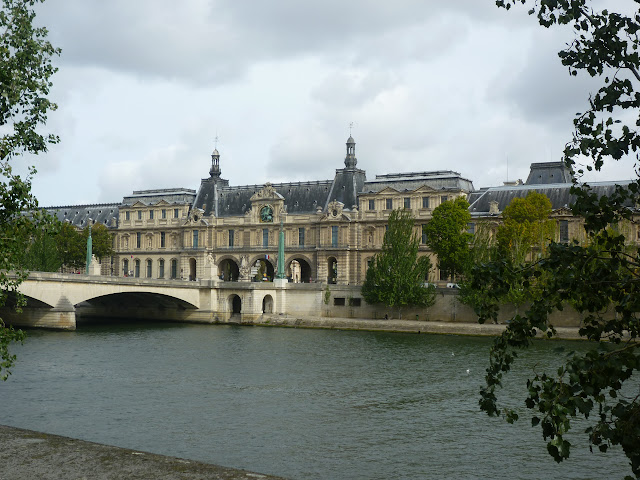 When I went with my family, we only had a day and I felt like we were running around like crazy trying to see the major sites.

We were fortunate the lines weren't ridiculously long since it was the end of November.


When Britney and I went this last time, it was the beginning of September. Not quite the height of the tourist season, but still time enough to present long lines at every entrance.


And while some of you may gasp at this choice, we decided that we would just admire the "must sees" from the outside and spend the majority of our time exploring the city rather than waiting in line to see the inside.

And explore we did! We calculated that we logged at least 20 miles, probably more if you include the times when we just sort of wandered or were lost.


That's okay though because all that walking gave us an excuse to eat more crepes. 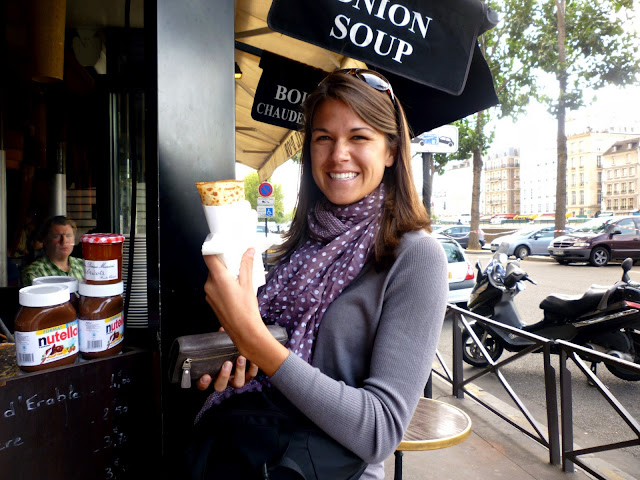 And macarons of all different flavors and colors 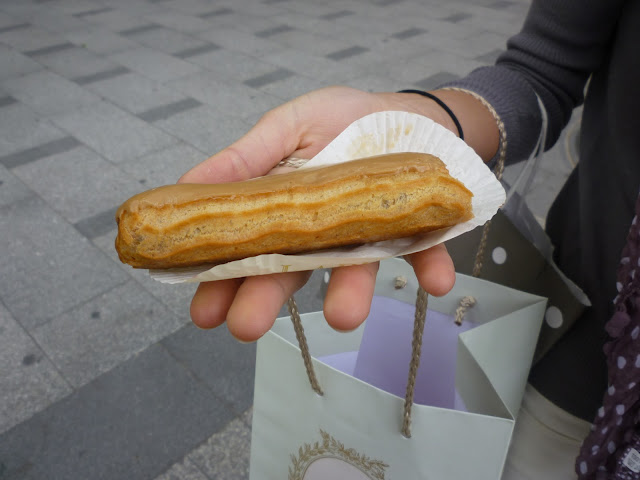 And gelato on our way home from dinner

This was our favorite crepe place that we stopped at. They had a great selection of fillings to choose from. We each had an apple cinnamon crepe and it was sooooo yummy. And the guy who made them was so nice. 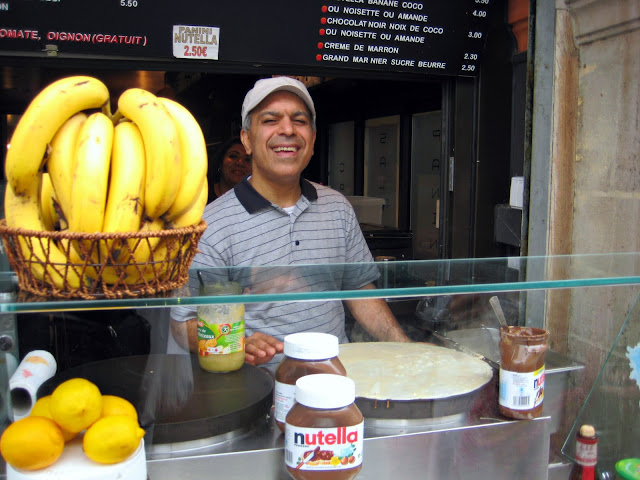 He brightened our day...if that was even possible since we were already on Cloud 9...with his friendly smile and positive attitude.

He's a good example that, no matter what your "job" is, or how great or little the worth the world places on what you do, the value you get out of it is what you make of it. He seemed to love what he does, and it spread to his customers.

He's also a good reminder, that everything we say and do can, and does, have an impact on others, and it's up to us whether we make it a positive one or a negative one. We never know what one smile or one kind word could mean to someone.

Okay, back to Paris, did I forget to mention, in addition to many sites to see, Paris has so much amazing food to eat? 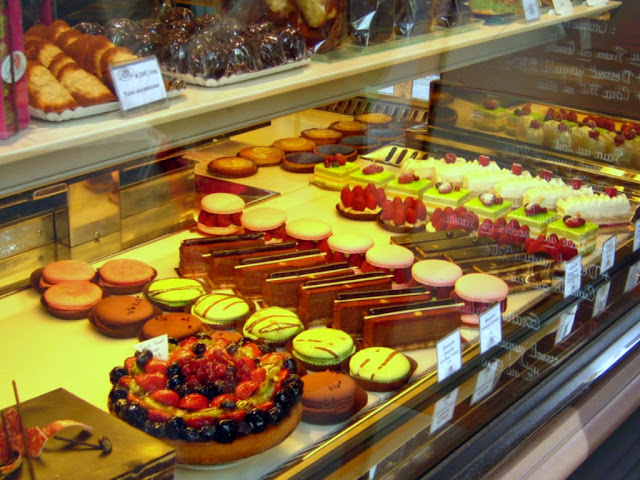 While you may need three days to take in the sites, you need a week to eat all the delicious treats and try all the amazing restaurants you see as you weave your way around the city. 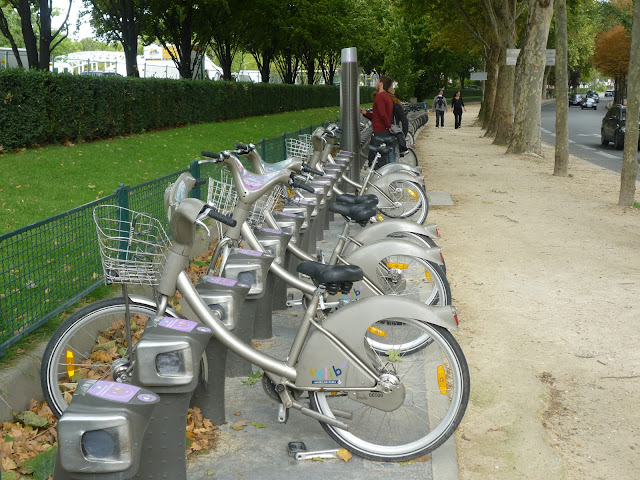 We so desperately wanted to rent one of these! But after almost getting hit by a car while taking in the sites on foot, we figured, for the sake of our lives, it would be best to avoid the bikes altogether.

One of the best things about this wandering tourist method of site seeing is that you really see the city you are in. 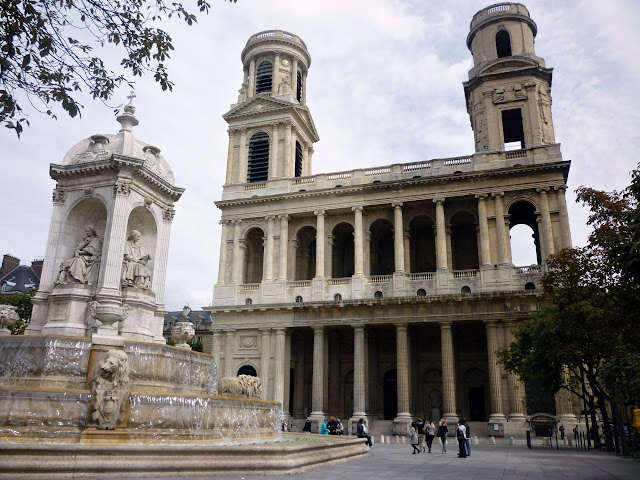 You aren't restricted to a schedule, or so focused on getting to your destination that you miss the things right there around you.

You're in the moment. 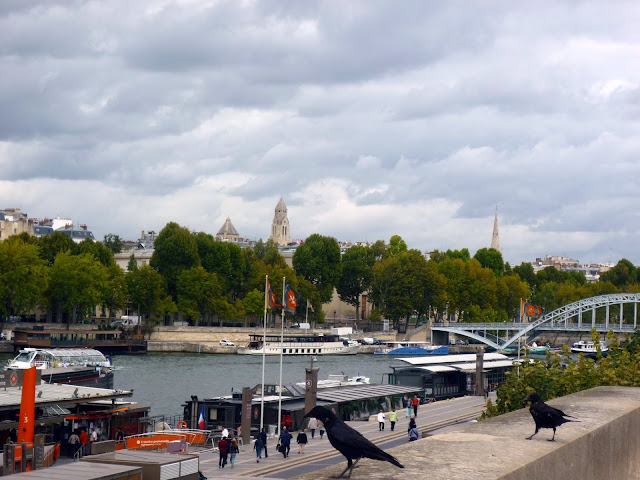 Taking in the sites.

Soaking in the energy of a city. 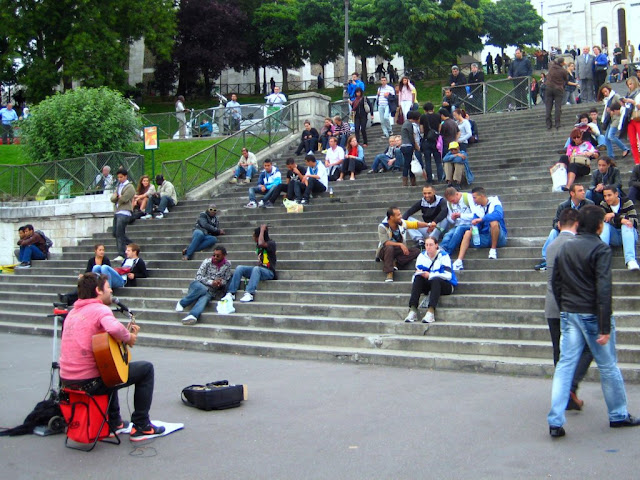 You discover new and fun things that perhaps you wouldn't normally spot.


Your eyes are open to capture the beauty of hidden treasures. 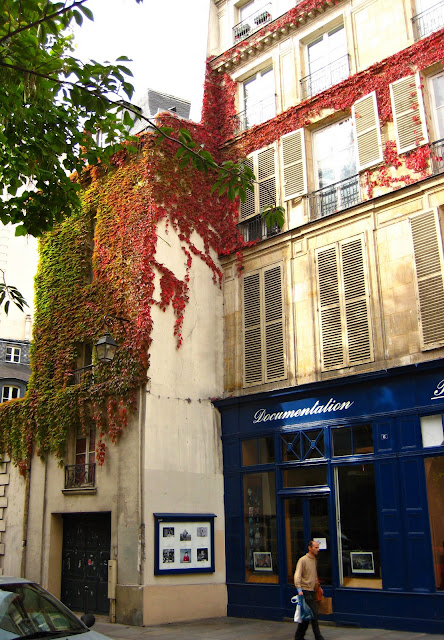 You're free to admire interesting architecture. 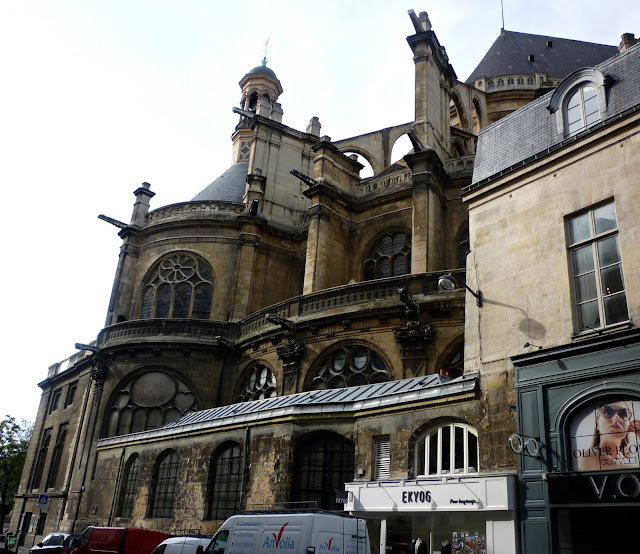 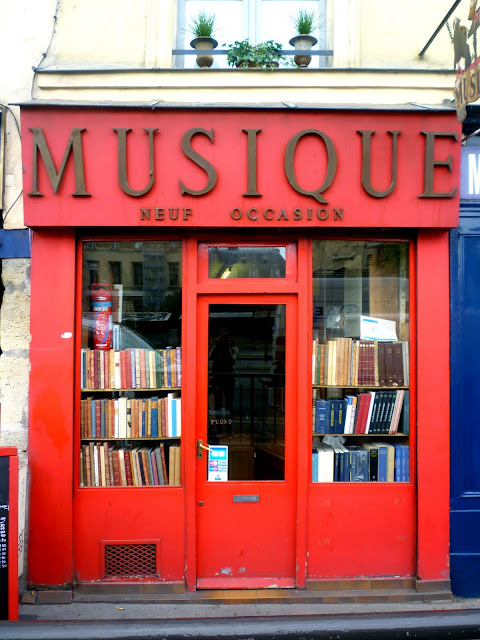 or crazy friends who will go to extreme measures to get a picture of said building.


Every once in a while you stumble across well known structures, that maybe you wouldn't have thought to visit.

Or that you didn't think you had time to see.
When we started out for the day, we had an idea of the things that we wanted to see, and the routes we would take to get there. We always headed in the direction of a main attraction, but if we saw something cool along the way we'd stop in and check it out.

If we spotted a street that looked fun, we would take a detour and see what new things awaited us there.

The new things awaiting us down one street in St. Germain des Prés: scarves. 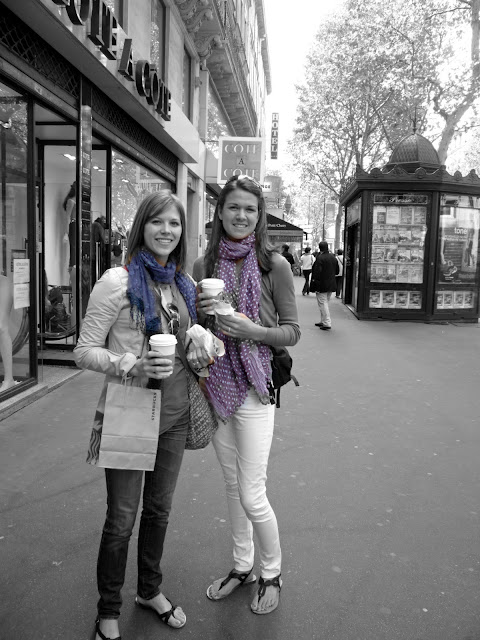 It was much colder than we had anticipated!

We eventually got to our end destination but with no particular time schedule to follow.

Given our site seeing method however, we did still carry this on us at all times. 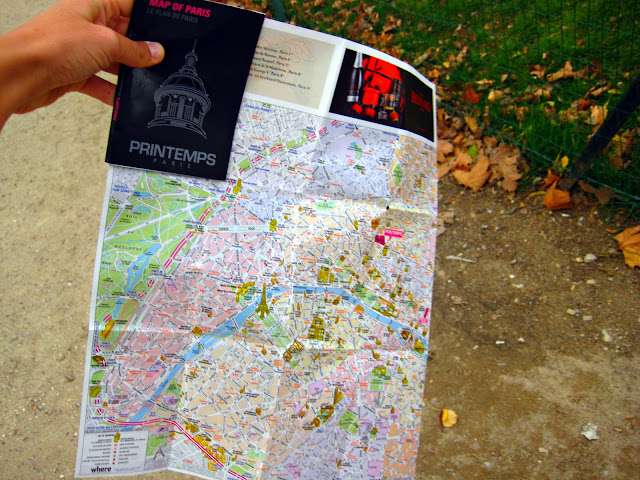 While we weren't constricted by time, and we didn't mind being a little lost, we didn't want to spend half our day figuring out where we were. This was our Bible over the three days, guiding us in the right direction, no matter what path we chose.

We loved poking around through these little garden shops, just by the Metro stop near Notre Dame and St. Chappelle. 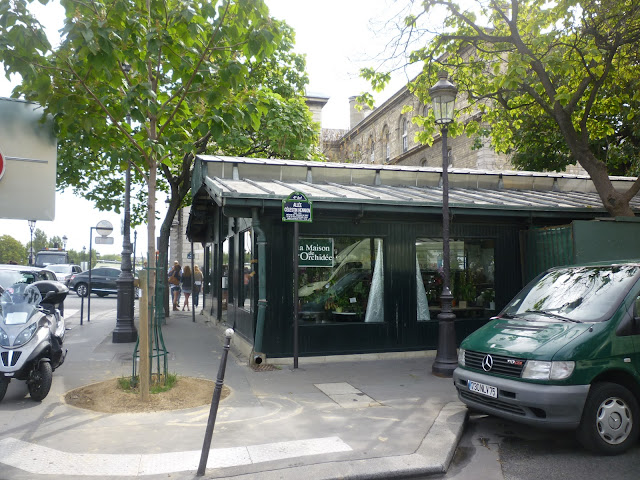 My last two trips, I had seen these little green buildings, and had always wondered what they were. 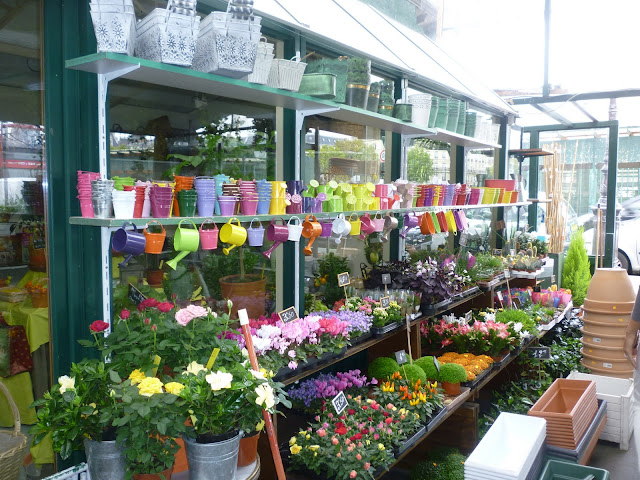 And now I wish I could go there all the time! 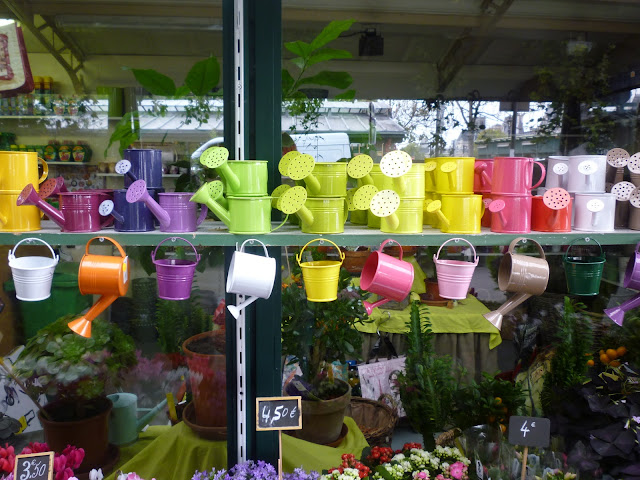 There were so many cute things for the garden and the home. 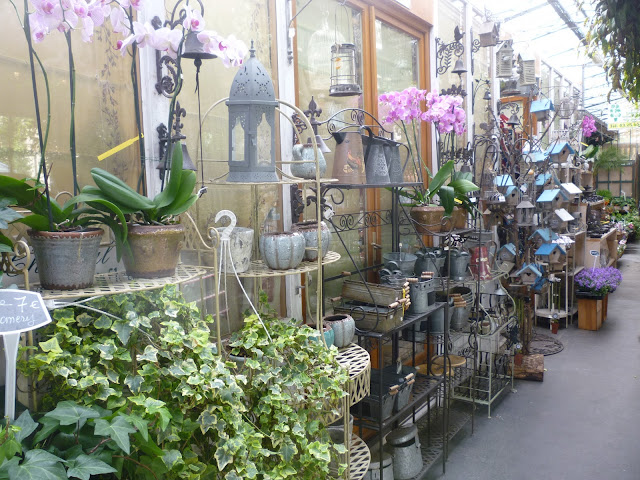 And lots of beautiful flowers. 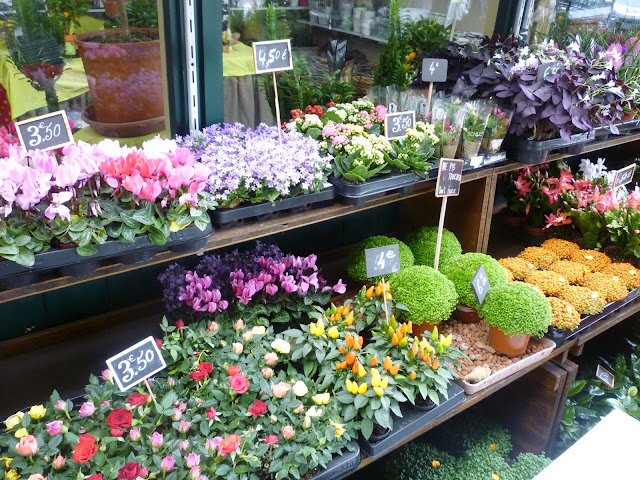 Although, I'm not sure how authentic some of the items were. One of the displays we were looking through, actually sniffing through because it was a line of potpurries, we realized were American products. 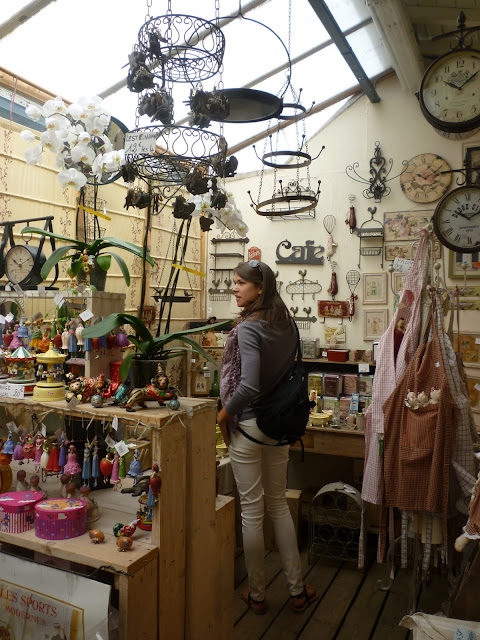 haha I guess, regardless of the origin, you could still technically say you got it in Paris.  Although you would pay twice as much for it.  And people would question your honesty when they saw "Made in Tennessee" stamped on the back.

Regardless, there were so many things we loved here that, had we had a bigger suitcase and more money in our wallet, we would have left this place with way too many goodies.


This one's just for the ladies...be careful asking for tampons in France. 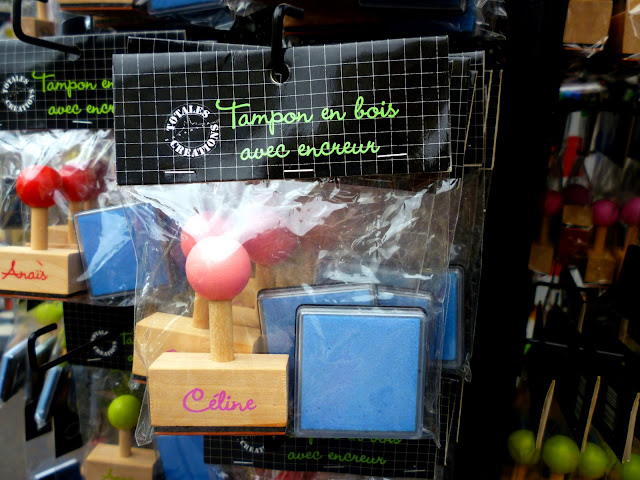 They might not be what you expect or need. :)

Speaking of things you not being quite what you expect... 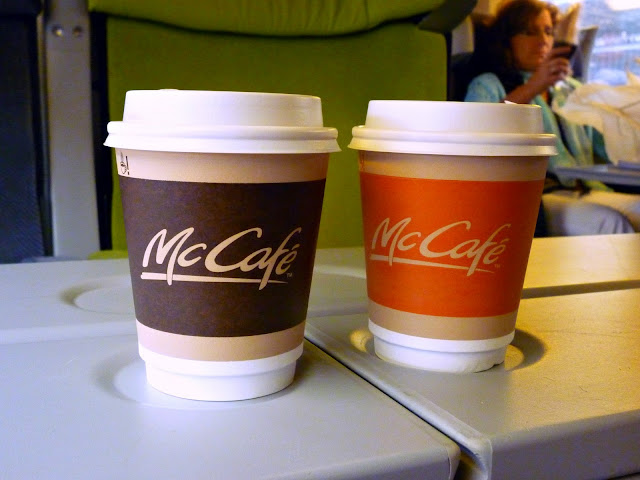 We wanted some coffee to take with us on the train ride home. There wasn't a Starbucks in the area and sometimes to-go coffee is hard to find in Europe. So, when we spotted the McCafe we dashed in and ordered two large coffees.

We should have known something wasn't right when the lady first looked confused, then questioned our order of two plain coffees.


Just to give you an idea of how small these "larges" were: 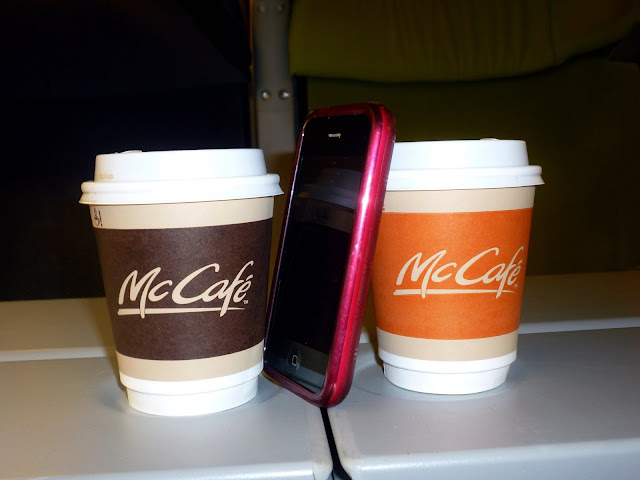 We basically had a small cup of espresso. haha while it wasn't quite what we were expecting from an order of two large coffees, it still tasted good. And it got the job done, giving us the jolt--and warmth--we needed after our exploration of the streets of Paris.
Posted by Cara at 1:30 PM

I love to wander through European cities. Come to think of it, I do that in any city. I feel like I discover the most interesting things when I wander without an agenda. I also love that you take pictures of your food, even the McDonald's coffee cup. I totally do that, too!

First of all, how do you get in the toilets? And second, Nutella! Everywhere!!! If Parisians think it's amazing, it's definitely amazing.

I think this would be the way I would like to see Paris as well. It looks delightful! :)

Ooh, these pictures really make me want to go back to Paris for a visit! In 2009, I lived right across the street from the Palais de l'Élysée. I live in Hamburg now and I stumbled upon your blog recently and just wanted to tell you how much I enjoy reading it!

So where exactly in Germany do you live?

@sarahgilmour How cool that you lived in Paris! And now in Hamburg...what amazing cities you get to experience. We live in Karlsruhe, which is between Frankfurt and Stuttgart, just on the Rhein and near the black forest. :)