When I left Germany last week, I thought I was coming to America, but I was wrong. It appears I am actually in the land of giants. 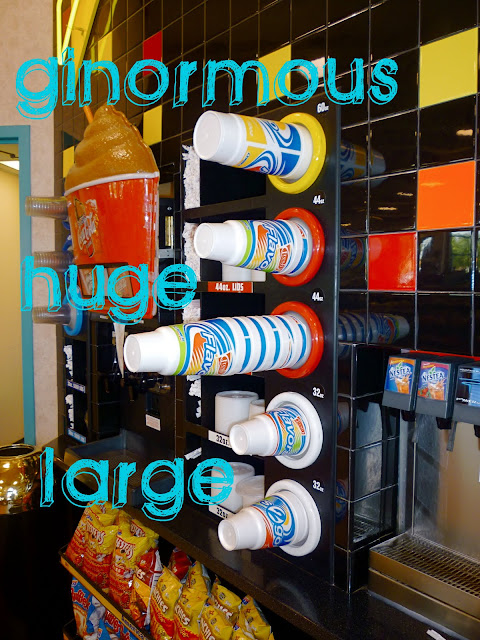 Where the smallest drink you can buy is a large. 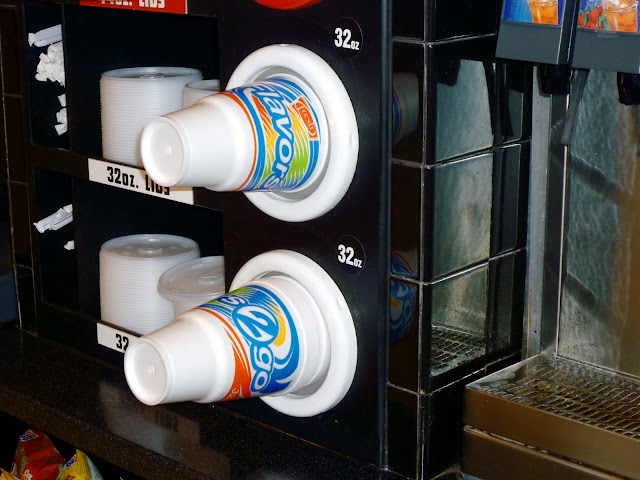 This is at Gas City. Where a small soda is 32 ounces, a medium is 44 ounces, and can you guess how big a large is? 50 ounces!!!
That's almost a liter and half of soda. Remember the days when we'd buy 2 liters and bring them to a party to share with other people? And now people drink that on their own?!
If you fill one of these 50 ounce cups with Coke and you drink the entire thing you will consume 583 calories and 162.5 grams of sugar. I'm sure you can subtract a bit from those numbers considering the cup will most likely be filled with some ice, but still, you're probably looking at at least 500 calories.
If you choose Mountain Dew, you're suckin' up over 700 calories and almost 200 grams of sugar. I feel like you shouldn't even consume that much sugar in an entire week let alone in one soda.
Say you choose the "small" which, let's just be honest, is probably bigger than a large in Germany. If you fill one of the 32 ounce cups with Coke you will consume nearly 375 calories and over 100 grams of sugar.
Germans like to tell me how fat (their emphasis, not mine) we Americans are. I've even had someone tell me Luis and I aren't typical Americans because we aren't fat enough. No joke.
Now, I realize that not ALL Americans are fat, and that a good majority of our population is a very healthy, normal weight. But obesity is a large (no pun intended) and ever increasing problem in our country. And, now you know why. Giant sodas. Filled with way too much soda made with way too much high-fructose corn syrup.
I'm beginning to think America doesn't even know how to make anything smaller than 32 ounces. 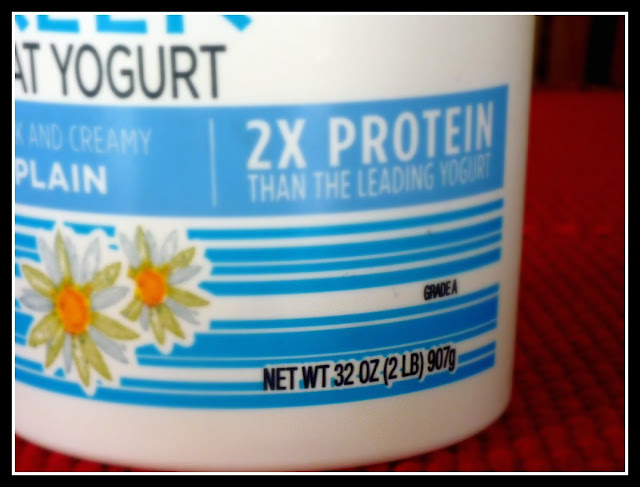 Greek yogurt anyone? At least it's a much healthier pick than soda. 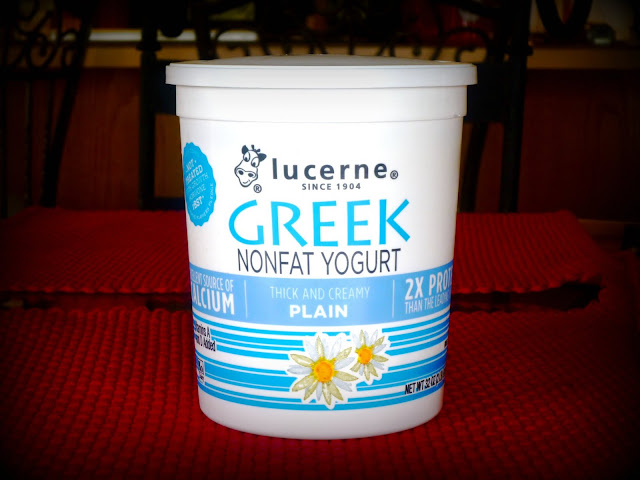 Unless of course you consume this whole thing in one sitting. Then it's not so healthy. Not so healthy at all.


The past week has been filled with time with family, a wedding, friends and of course, food. Lot's and lots of food. But not giant sodas. I'm missing my man, and even Germany, but I'm loving the heat, the sun, and all the wonderful things of the good ol' US of A.


Back to Germany (and regular posting) on Wednesday. Well, technically Thursday given the time change. Can't wait for the loooong day of traveling ahead of me.

wow... I definitely am proud to say I don't drink soda.