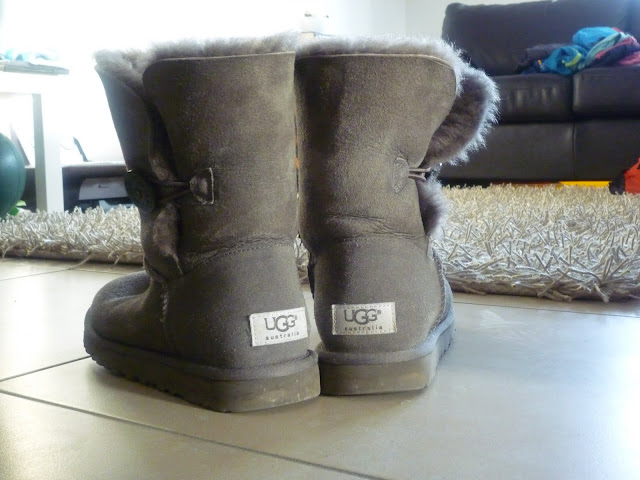 And no, it wasn't like the sorority girls used to do with their little jean skirts and Uggs. It was legit, complete with sweats, hoodie and a jacket.
I probably should have worn them to Luis' game. Okay, not really, but at least some kind of boot would have been a good idea, but I just couldn't. On principle, I wore flats. And then compensated with the double layering of a hoodie and a thick jacket. I was a bit chilled, but I survived.
But then Luis decided he wanted to do a little extra training at home after the game. 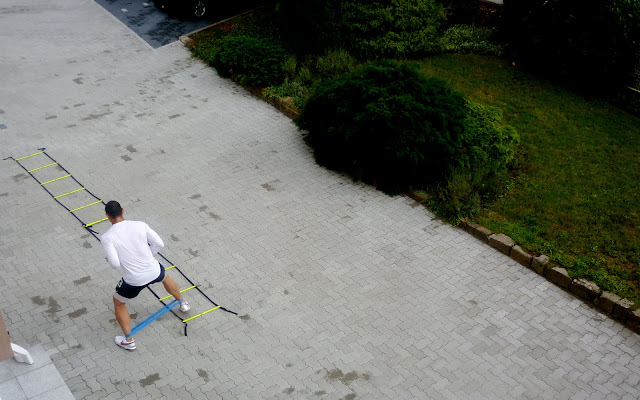 Which makes me proud. 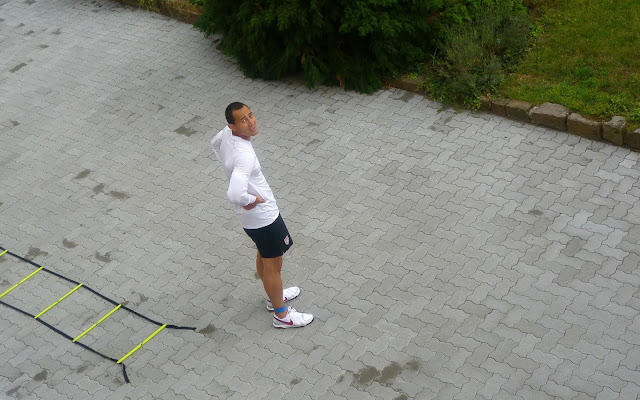 Normally I do the exercises with him but two days ago was Sunday. And on Sunday I was lazy. I tend to be lazy on Sundays. It's one of my favorite things in the world.
Plus I had done the P90x Yoga that morning. And that is surprisingly strenuous.
Plus plus, I was cold. From the game. From being stubborn and refusing to wear boots in July because I firmly believe no one should ever have to wear boots in July.
Unless of course you live in the Southern Hemisphere. Then maybe you have to wear boots in July. Because it's winter down there. And in winter, boots are allowed. But not in summer. Most definitely not in summer.
Anyway, after Luis does his little hoppy exercise things, he finishes up with some footwork on the ball. Which means he needs someone to toss him the ball. And that someone is me.
My unconditional love and never-ending support for my guy and his dreams kicked in. And so, overcoming my laziness and coldness and tiredness, I tugged on those Uggs, bundled up my jacket, and braved the freezing temps.
Okay, it really was not THAT cold. But I'm from Arizona. And I am, unashamedly, a cold weather sissy. I thrive on sunshine and 95+ (35+) temps. In weather where one doesn't even have to consider wearing Uggs or boots or anything but sandals, sandals and more sandals.
In other weather news, I spotted this the other day when I was watering my tomatoes.

Note the "s" and plural form of "tomatoes". Yep, there's two of them. I'm so proud.
We headed out to dinner shortly after and were able to catch a glimpse of the full arch of colors splashed across the sky.

And then, not a week later, on our drive back from Frankfurt, we saw rainbow number two. And three. At the same time.

Double the rainbow. Double the fun. Okay, that's not really how the slogan goes, but somehow that exact phrase popped in my head, and for a second I was convinced that was a commercial from the days of yore.
And then I realized I was combining the creepy "Skittles, taste the rainbow"  whisper (which, now that I think about it, reminds me too much of Haley Joel Osment's "I see dead people") with the annoyingly catchy Doublemint tune "Double your pleasure, double your fun".
And now I will have the Doublemint Gum jingle stuck in my head all day. "It's the statement of the great mint in double mint gum..." My apologies if you will too now.
Despite the rainy forecast for the day, we have a little bit of this going on right now, and I'm off to take advantage of it. Whatever your weather brings on this fine Tuesday, I hope you have double the rainbow. Double the pleasure. Double the fun. "...with doublemint, doublemint, doublemint gum."
Sorry. No more jingles. I promise. But just to erase the Doublemint song out of your head, here's one more. And who could forget this one. Or this one.
And one last one in honor of this girl here on the right, with whom I spent many a day at the one and only Mc-a-dees and who will soon be joining me in the Expat world. Albeit in Italy and not Germany. In Florence to be exact. Which is such an amazing and beautiful place to be. And is just 8 short hours from me. 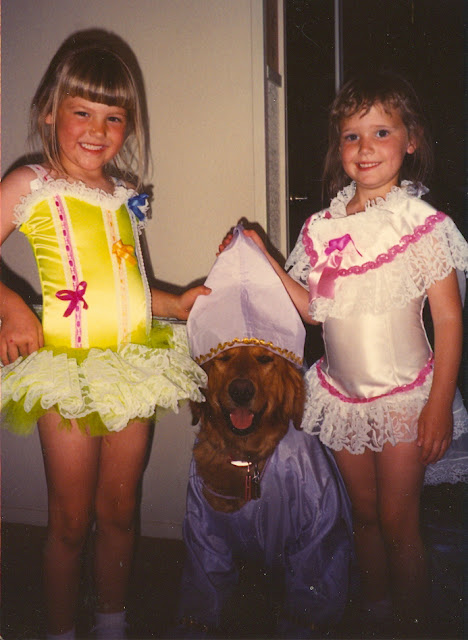 And yes, that would be me--with the cheesy grin, awkardly sticking out my belly--on the left. Oh and don't forget Princess Molly in the middle. Poor dog. She willingly and patiently played dress-up with us far more than I'm sure she would have cared too.
Okay no more cheesy pictures. No more annoying songs. Cross my heart. Have a happy (and jingle free) Tuesday!
Posted by Cara at 11:18 AM

I hate to admit this but I recognize the costume Molly is wearing! I am pretty sure mom made that hat for me one Halloween. Oh my! :)

Spoken like a true Arizona girl! I love you my sweet AZ baby! I'm glad you are not letting Germany sway your principals! And that pic of you dressed up with your friend and the dog was precious! Love it! And love you! -Mel

Great Post. But you are making me miss home. Ugh. Glad to hear Kelsey made it through safely. Did she take the train to Firenze oi fly?