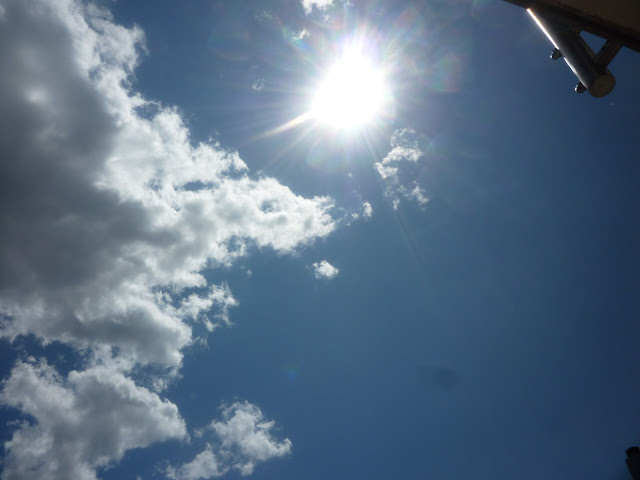 Long time, no see.  Did you have a nice vacation?  How long has it been since we last saw each other? A week? More than that? Wow! Must be nice.


We sure missed you. 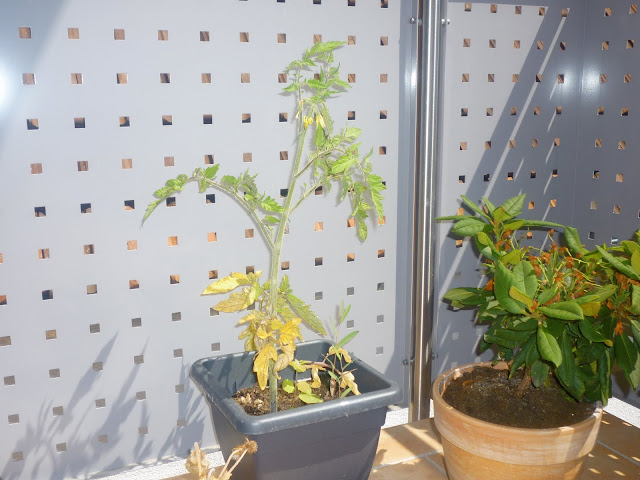 The tomato plant took your absence especially hard. Hopefully you can perk her back up real soon. She's feeling a bit ugly these days.  Yellow is most certainly not her color.


I know, I know, the rain is nice.  It certainly has been here for us during your absence.  In fact, it hardly ever left our side.  Isn't that so sweet.


It can be a bit much though, you know? Sometimes it just doesn't know it's own strength. Just look what it did to the poor daisies. 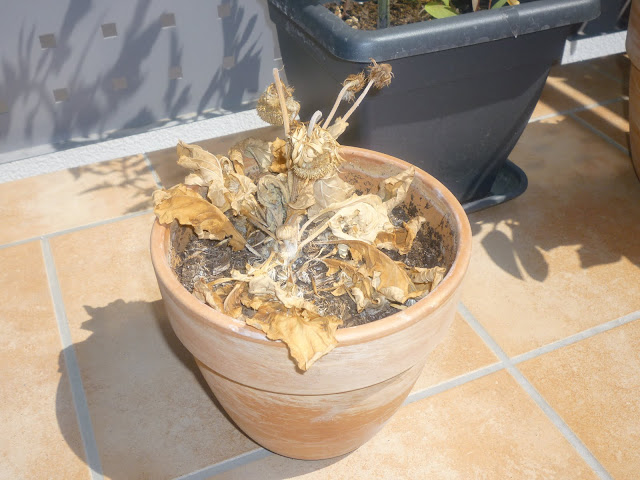 Knocked every petal right off.  What's a girl supposed to do?  I had to let them go.  I'm sorry. 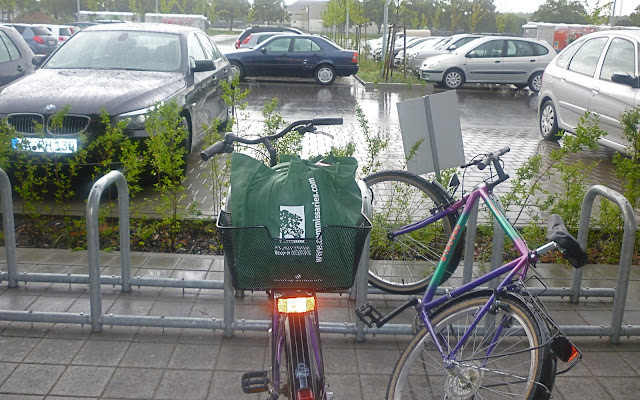 What's that you ask?  Oh, that would be my new bike.  No big deal.   I've only been wanting one for months and months now and the day I finally got it, you decided to up and leave.

Thanks Sun. That was really considerate of you.  You know how long I have been looking forward to getting a bike. After a week of waiting for you to show, I gave up.  I became overly ambitious and decided I was going to ride to the grocery store without you.

I wasted 15 minutes waiting for it to clear up. I stood there, outside Edeka, taking pictures of my bike and the rain, pretending like it was completely normal for a girl to stand there outside, not smoking, not doing anything really except taking pictures and pretending like she's doing really important things on her iPhone, only to realize that in fact the rain was not letting up, but rather coming down harder.

And so I pulled the hood of my cotton sweatshirt over my head and rode off into the grey, rainy abyss. Did you catch that I said cotton? Yes cotton. Needless to say, I came home less than dry.

Thank you Sun.  Thank you very much. You are officially grounded.

Don't even think about hiding behind those clouds for at least a month. That's right.  A month. Maybe longer. I'll leave that up to you. But if you know what's good for you, you will make it longer. Much longer. As in forever.

Now go and shine like you know how to shine on this fine Friday afternoon.  And hang around for the weekend, will ya'? We got BBQs and a wine fest going on and you won't want to miss it.

Your Forgiving Friend Who Loves You Ever So Dearly

I'm so glad the sun came back from vacation! I wouldn't mind if you took some of our heat though, this 105 temp is driving me crazy!! Miss you!
Angela

Hey Girl!!! I found your blog through Morgan's. I was excited! Please email me your email address so you can view are blog. marlee.forsberg@cox.net
Looks like you guys are doing so good!