IRS, do you know what you're doing?  I live in a country that thrives on bureaucracy, paperwork, taxes and just makin' my life difficult.  So who do you think you are trying to join in on the fun, huh?


This weekend, we got this in the mail. 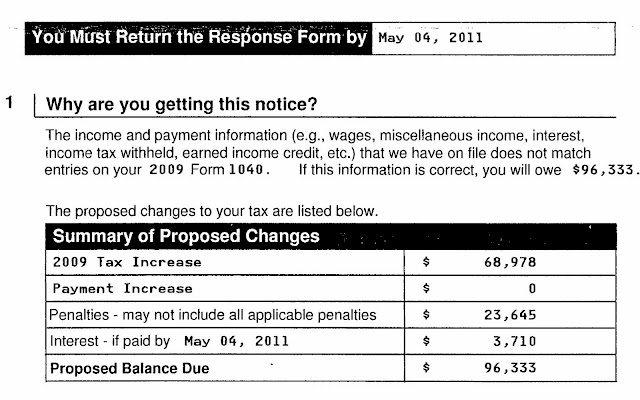 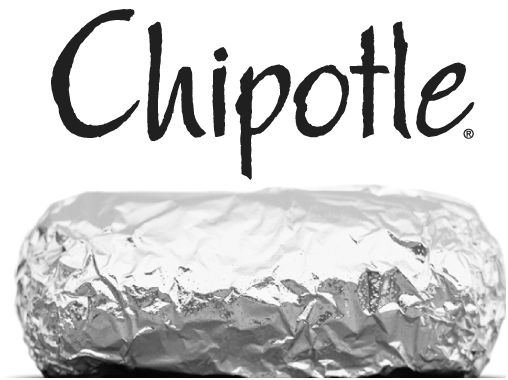 Oh my gosh, I can't wait to go home in May and eat me one of those!  Or maybe I could go to London, they have one there!

We were especially surprised because we hired someone to file our taxes in order to avoid any potential mistakes that we would most definitely make.  Given the complications of working internationally, including earning money in two different countries (Germany and South Africa), earning money domestically (I was still working in 2009, Luis played that summer with the National Team) and also in multiple states (me in New Mexico, Luis in Washington, Washington DC, Pennsylvania, and Massachusetts for Gold Cup games) we realized this was way beyond our simple one W-2, fill in the blank college job days.

And yet somehow, the IRS determined that our taxable income was wrong, and that we somehow failed to file (even though they are only getting this information from our completed and submitted tax form!!!), that our "unfiled" taxes were inaccurate, and oh yeah, we owe interest from April 15 of last year to May 4 of this year...a date that hasn't even happened yet...because of our inaccurate unfiled taxes.

So, what are our options?  Well, just have a little look-see. 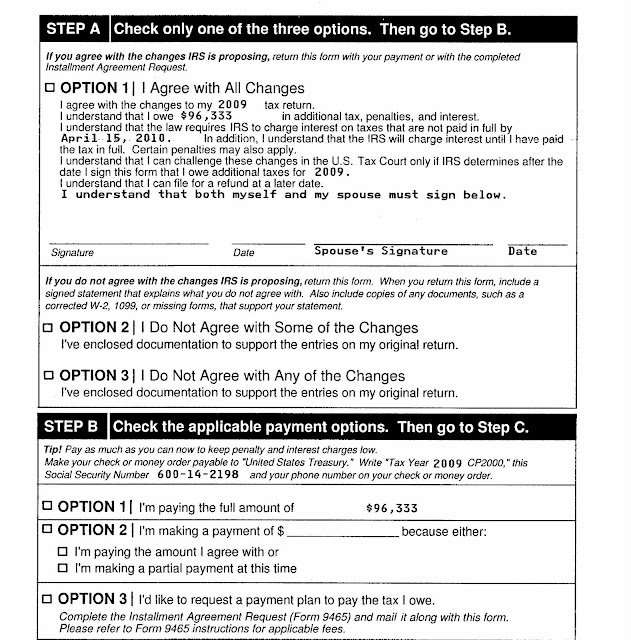 Just out of curiosity, who actually just says, "Oh yeah, I will select Option 1, I agree with all changes and will just write a nice little check to the IRS for $96,033...no biggie."


Of course, this was not our option, given that 1. We don't have $96,033 lying around 2. We're pretty sure the IRS is trying to find new and creative ways to cover our nation's trillions of dollars in debt and so they thought, "Hey, let's send out these ridiculous letters and see how much money we can get!"


Anyway, we decided to do what one of the other pages suggested and contact the IRS. So Luis called the IRS on Monday and the guy pulled up a screen and said, "Oh yes, we have a problem with the benefits you receive from Nike."  (Luis has a contract with Nike where they send him products and gear and all sorts of fun stuff)


Luis, knowing he doesn't receive even 10% of the proposed $96,000 from Nike, said, "So if it has to do with my Nike contract, how come I got this letter that says I owe this ridiculous amount of money?"


This is all my paraphrasing by the way and should not be taken as direct quotes.


You know who else is hilarious?  My husband, who thought it would be funny to wake his poor Mama, who notified us of this letter since they receive our mail, up at 6:00 in the A.M. and tell her he was going to jail for tax evasion.


Sorry IRS, I'll give you credit for trying to be creative in solving our ocean of debt, but did you really think you could squeeze a little dough outta honest, tax-filing, law-abiding citizens like us?  Better luck next time.
Posted by Cara at 10:04 PM

omg cara! i didnt know you had this! I LOVE IT! and i miss you!!! so so interesting to read about this stuff! and im sorry about the IRS. how horrible!!!

What the heck IRS! That's ridiculous! I am glad you guys got it solved :)
I can imagine the shock when you opened the letter!

Great blog today!!! I am disappointed that you and Luis weren't so willing to sacrifice for our Nation, LOL. The ironic part is if you were to spread out the National Debt Liability for every living adult in America the figure you were asked to pay would probably be pretty close to accurate. Now that is depressing!

We were told one year that we were audited and it was determined we owed the IRS over $7,000. We mailed them a box of receipts for EVERYTHING and waited and waited. We called to be told "We never received your package." Fortunately we had all the super verification the USPS offered and we told them "Oh, yes you did at (exact day and time). Their reply, "We'll get back to you." Eventually a letter came stating it as a "no change notice". I think that knowing they lost our box of receipts, they waved the white flag of surrender!

Great writing Cara! Great laugh to start the day. Hannah was born in the middle of March and between my being pregnant and all we barely got our taxes in that year. Sorry to say we did make some mistakes and the IRS caught us...but they were unintentional. Sometimes they are a bit frustrating. But then, we've also gotten letters saying we misfigured and got more back than we thought. I guess you could always charge the IRS for the heart attacks you were both about to have and the hospital stay! ;-)

What a fun letter to get! The IRS messes things up all the time. I see letters from (freaked out) clients all the time, that wind up being nothing. I'm glad you got it sorted out :) Hope you are both doing well!!