Yesterday, while our guys were out playing, my friend Niccole and I did our housewifey thing together and baked cinnamon rolls.
Okay, I guess my husband was technically working, but since his job is to play, the above statement still applies.
Niccole and I each recently purchased The Pioneer Woman's cookbook. If you like good home cookin' and aren't afraid of a lil' butter then this book is for you!
You can also check out more good eats on her awesome site.  She's got all sorts of cool things goin' on over there...recipes, homeschool tips, fun ranching stories, amazing photographs and more. She's real, she's honest, she's fun.
As I was looking through my new "toy" for the first time, Luis was in the car next to me and looked over just as I turned to the glorious cinnamon roll page.
It was love at first site.  He has been asking me to make them all week.
Only problem was, they make a TON of rolls...50 to be exact.  And while she says they freeze well, my freezer just doesn't have that kind of capacity.
Not wanting cinnamon rolls on my counter for the next month and knowing Niccole probably felt the same way towards the cinnamon roll recipe, I decided to call her up to bake with me and we'd split the goods.  It's more fun that way anyway.
And holy Mama Mia are they good. She has the perfect step-by-step explanation that I won't even try to recreate so I'll just direct you here for the recipe.
In the meantime, here is a list of highlights from our attempts to channel The Pioneer Woman.
1. We learned a good little lesson right away.  Our understanding of what a "medium saucepan" is apparently wrong cause, well, just take a look. 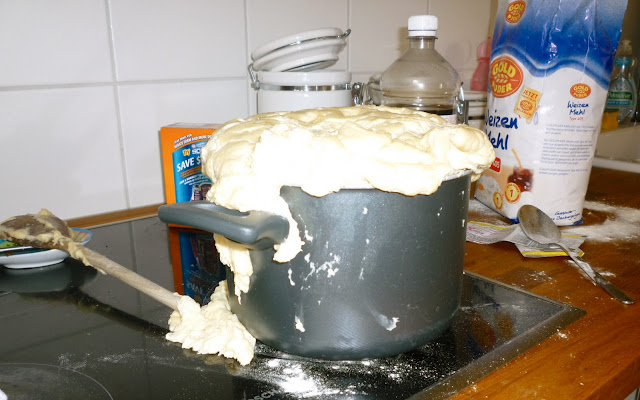 The yeast definitely did its thing.  We lost a few potential rolls as a result of our error but it gave us a good laugh so it was worth it.

2. Cinnamon rolls are messy.  Messy, messy, messy.  But really fun.  We concluded it would be a fun recipe to make with kids.
The process is ooey and gooey and delicious.  And besides, the mess will be there kiddies or not so might as well let them join in on the fun. 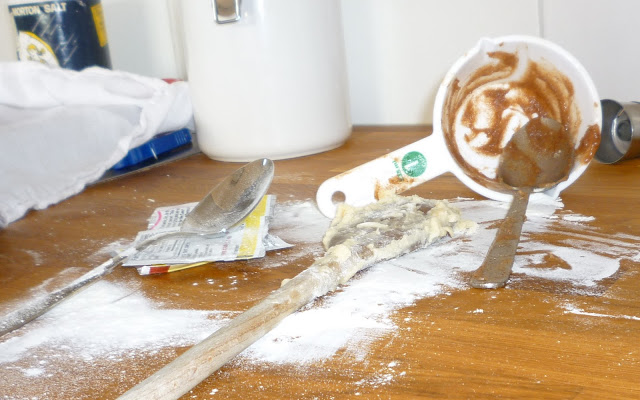 3. We had 6 disposable pans and were able to fit anywhere from 6-9 rolls in each one. 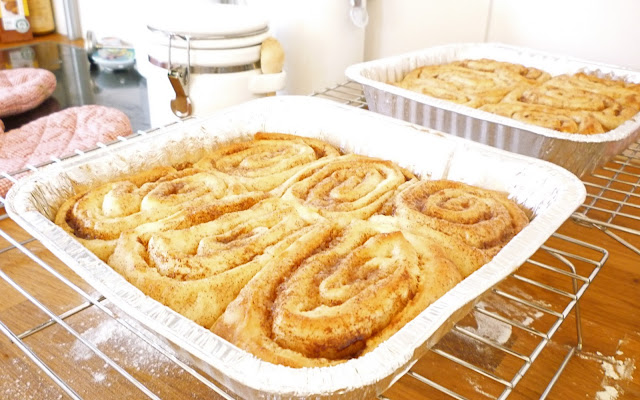 These ones were our last two batches, and Niccole gets all the credit for her beautiful rolling skills!
We noticed how our pans got progressively better with each batch that we rolled out.
We each took home three pans:
Which really isn't fair by the way that my husband can eat three without a thought.  Anyone else jealous of their man in that way?
4. Frosting covers mistakes.  And it's delicious.  Pour it on good and thick. 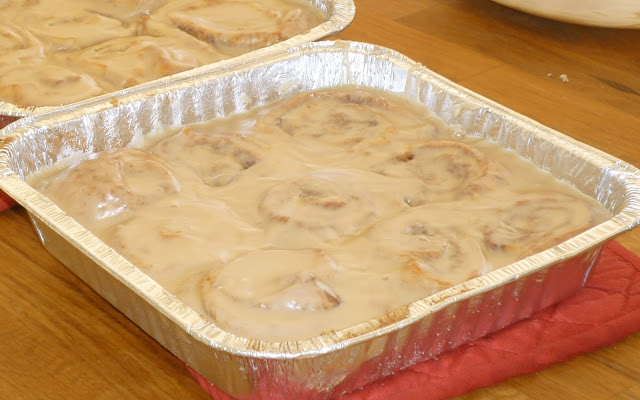 5. We had a few "specials" that just didn't want to conform to the traditional cinnamon roll style.  Don't get discouraged if this happens to you.  Get excited.  They're perfect for a mid-bake snack.
And no one will ever know that you already had a roll or two when you dish one out of the real pan later.  We definitely did not do that. 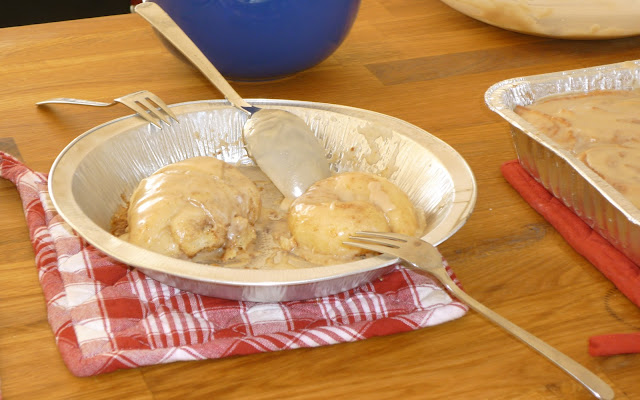 6. Finally, they're perfect for curing post "we lost again" game blues.  Have a pan on the counter after a bad day and all your troubles will melt away. 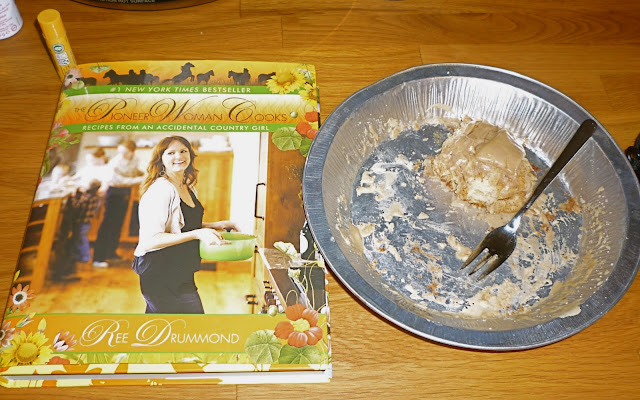 Get this cookbook.  Make these rolls. Double the fun and invite a friend.  Use a giant pot.  Eat one. Eat two. Eat three.  The calories don't exist in such tasty treats as these.
Guten Appetit!
Posted by Cara at 9:39 AM

You're hilarious Cara! I'm on my way for my pan! I love you!

I kept forgetting to look for this on your page! I'm so glad I found it!

Those really were the best ever...and the messiest...but oh soo worth it. I have dreams about the frosting still.