Land of the Free (water and refills)

I never really knew how much I took for-granted until I lived in a foreign country.  We Americans are the masters of convenience and we are spoiled...or blessed depending on how you look at it.

Here are a just a few ingenious conveniences that I have come to truly appreciate about America.

Starbucks Drive Thru...and Drive Thru Dry Cleaners, Drive Up ATMS, basically just the idea of a drive thru at places other than McD's and BK. 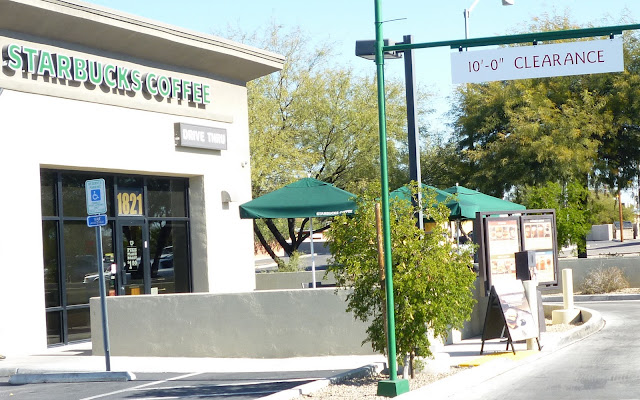 This particular Starbucks is near and dear to my heart as it's unbelievably perfect location between my house and the university saved me from many, many all-nighters in college.

And, bonus! On the opposite corner is another thing I miss about America: Starbucks in the Safeway.  Because sometimes you just can't possibly wait as long as it takes to make the drive across the intersection to the drive thru Starbucks for your $5.00 latte.


The wonderful world of Target, with their $1 bins and awesome seasonal dishes and hand towels that you can't seem to pass by, not to mention they have the best Trail Mix selection ever.  Next time you're there, try the Pumpkin Spice, it's delish. 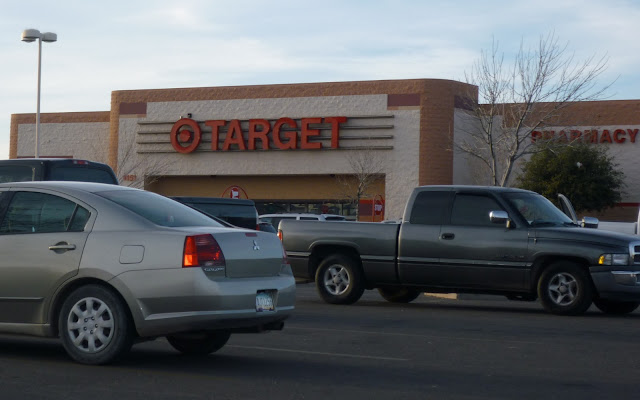 On Urban Dictionary, one person defined Target as  "Wal-Mart for the Blue States".

While I'm not a "Blue State" kinda gal, I thought it was kind of funny...almost as funny as the live and die "Red State" guy Luis and I heard in the Frankfurt airport telling some foreigners all the things they needed to do on their American Adventure.

Red State guy (read aloud with a Midwestern accent): "Have ya hearda Wal-Mart? You should definitely check that out. It's pretty much the greatest place on earth.  We have a saying in America, 'If it ain't at Wal-Mart, ya don't need it."

That man doesn't know it, but he made our day.  He was American through and through and we loved every minute that we spent eavesdropping on him. 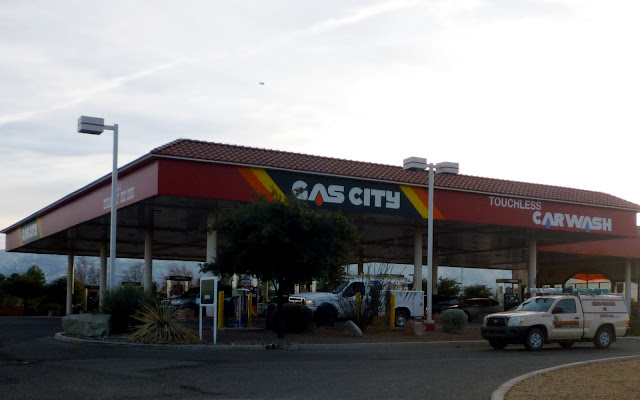 Massive Parking Lots at massive Wal-Marts and the beautiful sunset and mountains behind them. 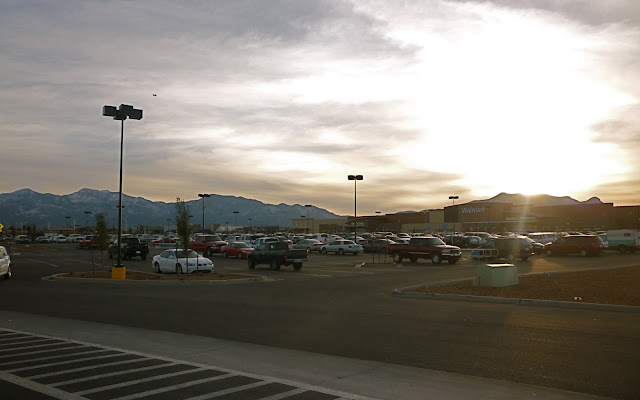 Pay-at-the-Pump at every gas station you will ever find in America.  And my sister who so beautifully selects the regular gas for her car. 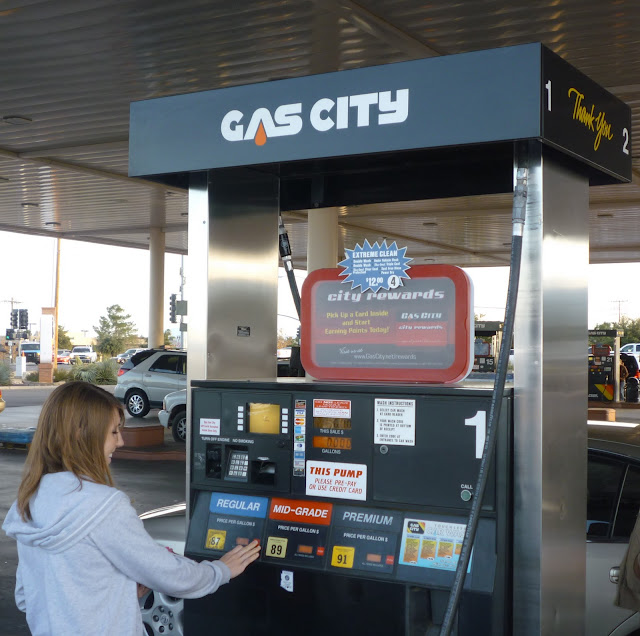 In Germany there is no such thing as Pay-at-the-Pump.  You have to use the stone-age method of paying inside.  But don't you dare turn your car on and go park so that the 10 cars behind you can begin filling up!  I tried that once.  The gas station girl left her cash register, ran outside, and yelled at me. Oops.

Apparently, you must fill up you car, ignore all logic that tells you to go park and LEAVE your car at the pump, go inside and pay, hope that you don't have to go to the bathroom so as not to prolong the wait of the 10 cars behind you even longer, walk back out and drive away.

All I can say is, whhhyyyy?!?  Has no German gas station owner been to America and seen how great Pay-at-the-Pump is? 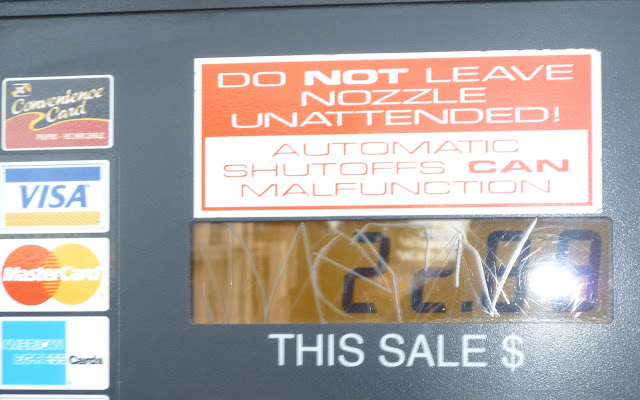 If you convert liters to gallons and Euros to dollars we pay anywhere from, oh, $6-$8 a gallon. Ouch.

Other budget saving conveniences of America:

Free water with your meal, brought to you in a glass larger than 4 ounces.  Oh and with lots of ice.

Free refills, brought to you without you having to ask, often before your first drink is even finished, requiring you to drink more soda than you ever really wanted in the first place because you don't want to be rude to the server who so kindly stands over your shoulder refilling your glass after every sip.

Unless of course you are the poor girl who served us at Chili's last week.  She thought we looked pretty well hydrated apparently because she never did fill up our empty glasses.  She also apparently thought that Dad deserved a free meal because she messed up his order and then gave him both meals to take home...all for free.

He had enough quesadillas to last him a week. 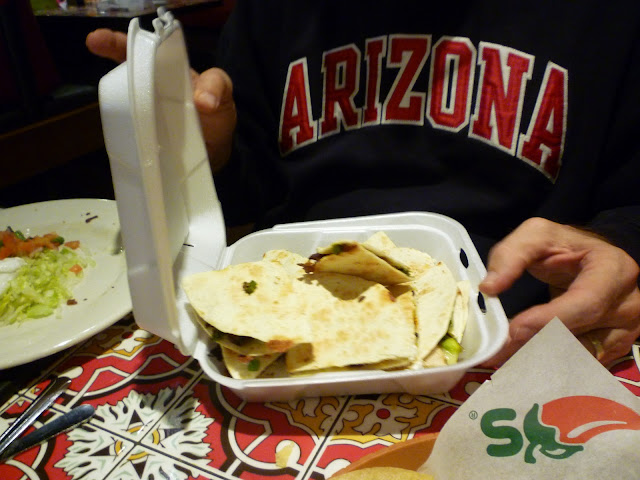 Partly because he was no longer hungry when his meal finally came because he kept eating the bottomless chips and salsa while he waited for his food.  Our server did somehow manage to keep those refilled. 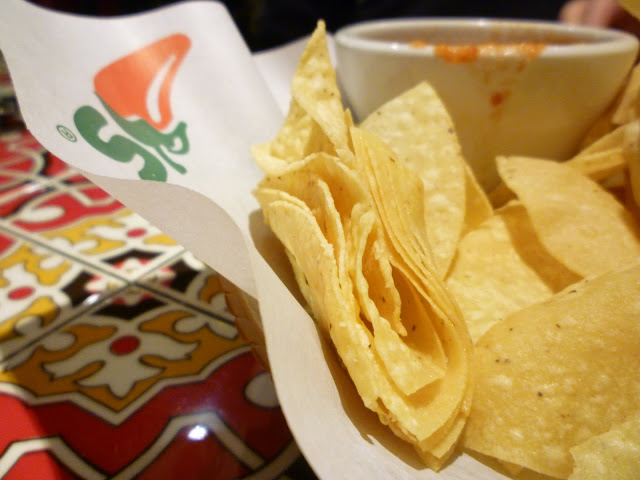 While America is certainly not without any problems, I hope that we will always cherish our giant glasses of free water, free refills, and free messed up meals.  And next time you drive thru a Starbucks, give thanks to the Lord for the creativity and diversity in America that enables us to stay in our car and pay for our $5.00 lattes.

And pray that Germany catches on the idea soon so that I too can, once again, enjoy such luxuries. :)
Posted by Cara at 10:00 PM

I love your blog Cara and I too agree that one of my favs is Starbucks. I always say that I will ONLY go to a Starbucks that has a drive-thru because I rarely drink coffee or lattes but when I need one it is because I do not have the energy to drag my butt out of my car to get one in the first place. Otherwise I wouldn't need one. :) Love you!