I Don't Have to Dream of a White Christmas

This morning we woke up to a winter wonderland. 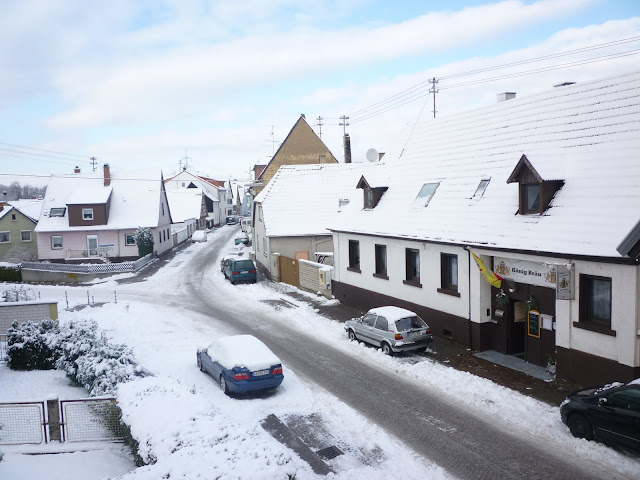 
Usually when the sun comes out, it motivates me to go for a run. But today I remembered our winter wonderland and figured my trail would be covered in a foot of snow. So I ate a cookie instead.  Two actually, with frosting. Yum. 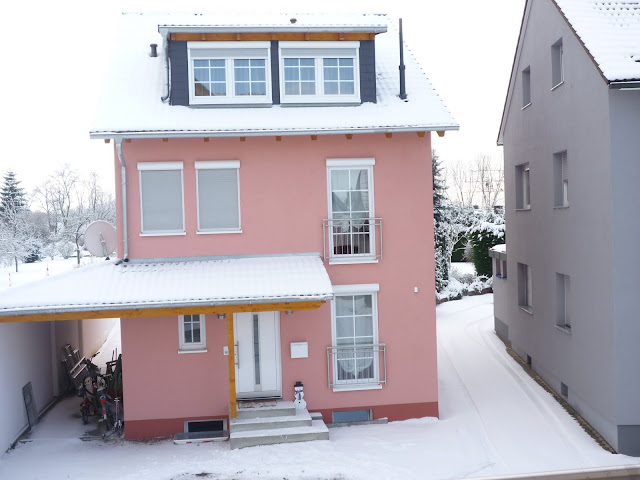 Isn't our Landlords' house so cute? And so pink?

I love the snow, and I especially love it at Christmas time. Growing up in Arizona we thought snow was part of some magical fairy tale and that didn't ACTUALLY exist. Okay, that's exaggerating just slightly because it has snowed in our little town before. I think I can count the number of times we've had snow on one hand.


We even had a snow day once. I got to stay home from school and everything. I made a snow man using every flake of snow in our backyard. He stood a whole one foot tall and had a suntan with a sprinkling of rocks scattered throughout. Really he was one third dirt, one third rocks, and one third snow. But hey, I was proud. I wish I could find the picture...


One time it snowed in college and we went a little crazy. 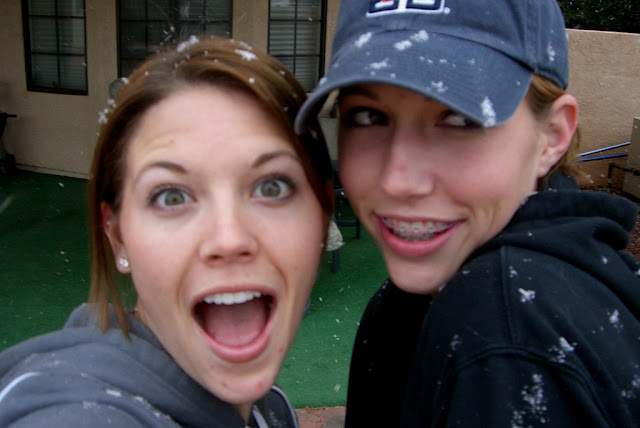 We used to get so excited whenever it snowed in AZ. 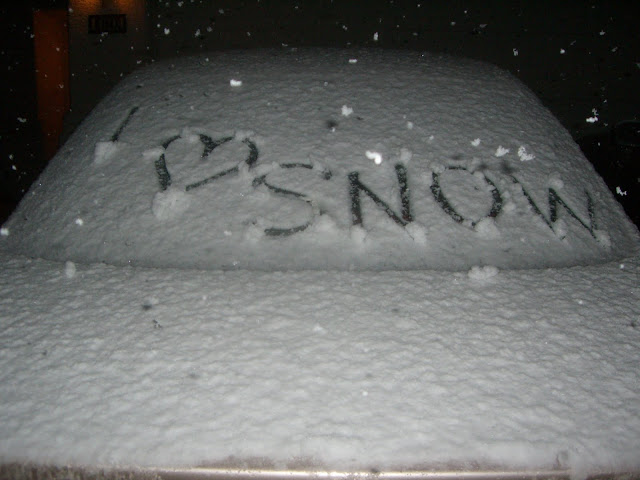 Riss, remember that one time when it actually snowed a lot and you made a real snowman? 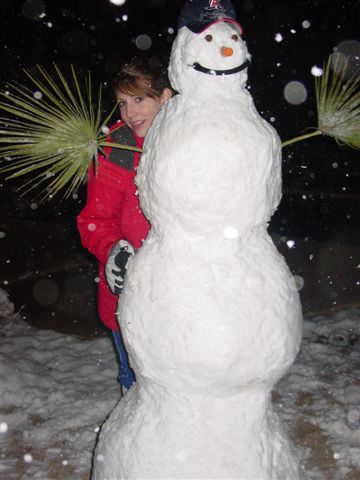 He was featured in the local paper. Now sister enjoys fake snow on the beaches of Cali while I freeze in the real stuff in Deutschland.


Actually, who am I kidding? I sit inside with a hot cup of tea looking out at the beautiful white blanket of snow while my poor husband freezes in it outside at training. Needless to say, he does not have the same affection for snow as I do. :)